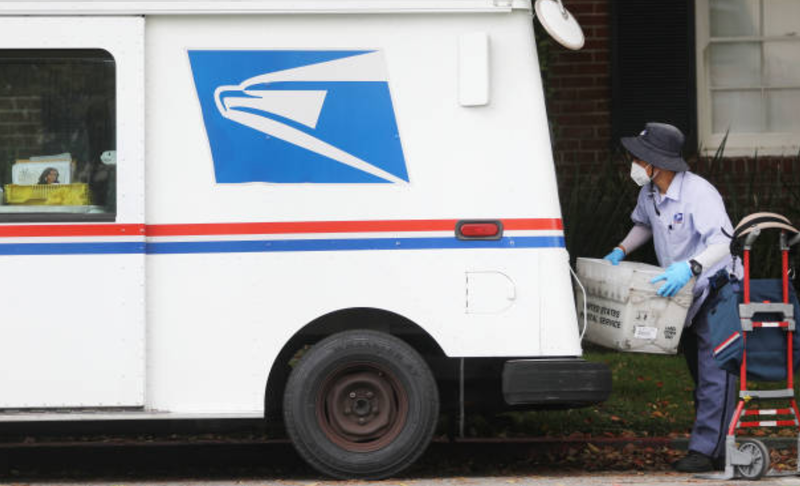 With 97,000 veteran employees, the United States Postal Service is one of the country’s largest veteran employees — and it’s facing significant financial hardship at the hands of coronavirus.

Postal workers are needed now more than ever to deliver essentials across the country including prescriptions, food, household necessities and — of course — the mail. But the USPS has projected it will lose more than $22 billion over the next 18 months as a result of the virus. Long term, that deficit could reach $54 billion and “threaten our ability to operate.”

“As Americans are urged to stay home, the importance of the mail will only grow as people, including those in rural areas and senior citizens, will need access to vital communications, essential packages and other necessities,” Megan J. Brennan, postmaster general and CEO said in a statement Friday.

“As Congress and the administration take steps to support businesses and industries around the country, it is imperative that they also take action to shore up the finances of the Postal Service, and enable us to continue to fulfill our indispensable role during the pandemic, and to play an effective role in the nation’s economic recovery,” Brennan added.

Despite the sharp drop in revenue, the USPS has not received any funding from Congress’ relief legislation so far. And according to the Washington Post, President Donald Trump communicated he would not sign any act that included measures specifically aimed to bail out the USPS. Instead, the most recent legislative effort, the CARES Act, included a $10 billion loan for the USPS — rather than the $13 billion bailout Trump rejected. There have been numerous past attempts by politically conservative parties to privatize the country’s mail system. The loan is still awaiting Treasury Department approval. But the postal service could run out of money as soon as Sept. 30.

So far, about 500 postal workers have tested positive for COVID-19, according to information USPS provided lawmakers, and 462 others are presumed to have the virus but have not received official confirmation. At least 19 have died and more than 6,000 are in quarantine because they were exposed.

Now, Americans are buying stamps and posting tributes with the hashtags #SavetheUSPS to bolster mail carriers for as long as possible. The Washington Post predicts, without a bailout, the service will only be financially operational until September.

Veterans make up about 15% of the entire USPS workforce and the agency estimates about 60% of those veteran employees have a disability rating.