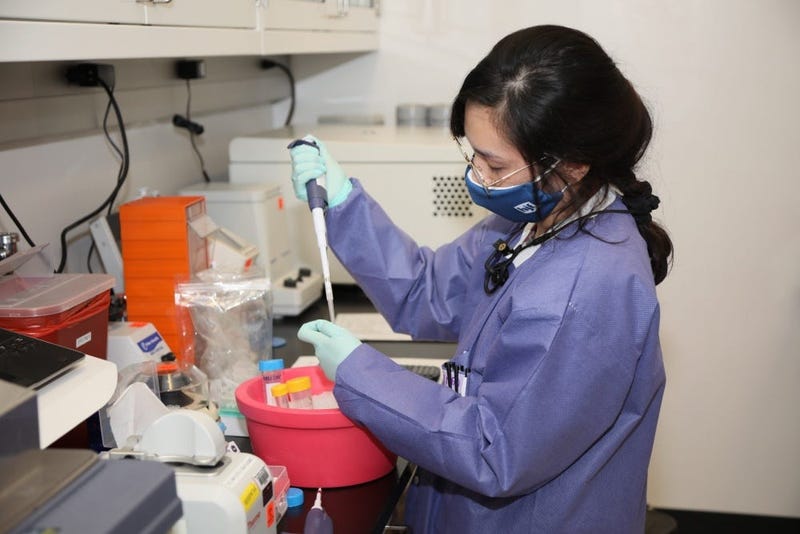 A major Veterans Affairs hospital in Arizona is contending with a surge of COVID-19 patients and has transferred at least 20 patients to make space, as the federal agency deploys healthcare staff to 46 states for pandemic response.

Systemwide, the Veterans Health Administration had 4,477 active cases of the coronavirus among its patients on July 10, after reaching 5,317 on July 9. The Phoenix Arizona Healthcare System led the agency with 292 active cases.

Multiple Arizona VA employees told Connecting Vets the Phoenix hospital was transferring nearly two dozen patients to the Southern Arizona VA Healthcare System in Tucson to make space for more COVID-19 patients. The Tucson hospital is also in the top 20 VA medical centers with the most active virus cases nationwide, with 74 as of July 10, according to VA's public-facing data. Those employees spoke on condition of anonymity, saying they feared retaliation.

Bobbi Gruner, a regional VA spokesperson, told Connecting Vets the Phoenix VA "has been prepared since March when it repurposed several areas of the hospital to make more room for intensive care unit and medical-surgical beds" and recently transferred 20 community living center residents to the Tucson VA freeing up more medical-surgical beds "in case they are needed."

VA declined to comment on the specifics of Arizona VA capacity, saying the information was "sensitive in nature," phrasing used by the department repeatedly during the pandemic, though officials have yet to produce statute justifying keeping that information from the public. Officials would only say Arizona VA hospitals "have ample ICU capacity."

Arizona is just one area VA is seeing a hotspot and growing active COVID-19 cases. Florida, Texas, Georgia, Chicago, South Carolina and California lead the department in active cases. But even in those states, VA is completing Fourth Mission assignments. VA's Fourth Mission is a federal mandate to serve as a last line of defense for the American healthcare system in times of crisis, such as natural disasters or pandemics.

“We have not been hit particularly hard in the broader sense, in that we have about 600 beds occupied by veterans who have COVID,” VA Secretary Robert Wilkie told reporters on a call July 7. “We’ve lost about 1,500, but the vast majority of veterans who contracted this have recovered. That has allowed us to increase our footprint across the country.”

Nationwide, VA is caring for about 9,000 non-veteran patients infected with the coronavirus, Wilkie said, including about 30 nursing homes in Florida and deploying medical staff to a state-run mental health hospital in Phoenix.

"It's balancing for us," Wilkie said. "Our veterans come first ... The New York metropolitan area, we did not have a great explosion in terms of veterans cases, at least veterans that required hospitalization. That's when we opened our doors. We look at conditions on the ground as to where to deploy."

This week, the Tucson VA launched a Fourth Mission assignment, accepting up to five non-veteran patients to help Arizona hospitals quickly becoming overwhelmed by the virus surge in the state.

But Wilkie downplayed the growing active COVID-19 cases among veterans across the country, as he has in the past, comparing the thousands of active cases with the about 9.5 million veterans across VA's entire health network. He called it an "under-covered news story" that more than 16,000 veterans have recovered from the virus. VA's public-facing data showed that about 17,070 veteran patients were considered "convalescent" as of Friday, which VA classifies as patients who are recovering from the virus or who last tested positive for the virus 14 days ago.

At least 134 of VA's hospitals have one active coronavirus case or more and while Wilkie said many VA locations are headed back to normal operations, other facilities, like Bay Pines in Florida and Durham in North Carolina, have walked back or delayed plans to expand in-person services, according to emails sent to veterans from those medical centers.

"We're returning to normal in places where we can see on the ground that conditions warrant that," Wilkie explained. "There are still huge swathes of the country that have not been impacted by this and our goal was to get them back into their normal routine as quickly as possible."

Wilkie and other VA leaders likely feel the pressure to reopen some services, as VA appointment and claims backlogs grow following pandemic shutdowns, including at community care partner clinics and hospitals where VA sometimes refers patients through the Mission Act.

Meanwhile, VA employees in Arizona, Texas and Florida told Connecting Vets this week they were still concerned with the department's supply of personal protective equipment (PPE) such as masks, gowns, face shields and gloves.

At the height of the pandemic, VA used 250,000 N95 masks per day across its 175 hospitals, Stone told lawmakers, calling VA a "behemoth of a healthcare system" consuming "a daunting amount" of protective gear.

In June, Stone said VA had about 30 days of personal protective equipment (PPE) at its hospitals. It needs a six-month supply to cope with a second wave of the virus, he said. A VA official confirmed to Senate lawmakers earlier this month the department was still operating with a 30-day supply.

Before the pandemic, VA purchased about $10 million in PPE per month, Stone said. In June, VA was purchasing $100 million per month in PPE.

This week, Wilkie did not confirm whether VA's supplies had grown beyond 30 days but said the department was in a "good spot" with PPE.

VA staff for months said they were rationing, or going without personal protective equipment (PPE) while VA leaders denied any shortages. Frontline staff at VA facilities nationwide told Connecting Vets they were told to reuse disposable masks, keeping them in paper bags, told to wear masks until they fell apart, provided expired equipment, lacked PPE in some cases and more. Some VA staff, including nurses, protested a lack of PPE during shift changes.

After weeks of those reports, VA internal memos began to reflect those accounts, though officials called staff reports "false allegations." Later, VA leaders would admit to "austerity measures" including rationing before lifting limitations on supplies such as masks, while maintaining no VA facility ever ran out of protective equipment. But lawmakers and journalists speaking to VA staff on the ground continued to hear different.

"The people on the frontlines were protected," Wilkie said this week, echoing his prior comments in previous months. "I know there are anecdotes and stories out there about crises. We never ran out of equipment and we never had a crisis on the frontlines. Now was everybody given several changes of PPE who were not in contact with patients? No."

Wilkie touted the more than 1,000-percent increase in telehealth at VA during the pandemic, and a quadrupling of telework capacity, saying in many cases, productivity at the department is up, along with plans to launch the long-delayed electronic health record overhaul later this year and skyrocketing hiring.

"Telework and telehealth is the wave of the future as I see it," he said. "The rest of the government should take a look at what we're doing. We have shown that we can do many things at once."