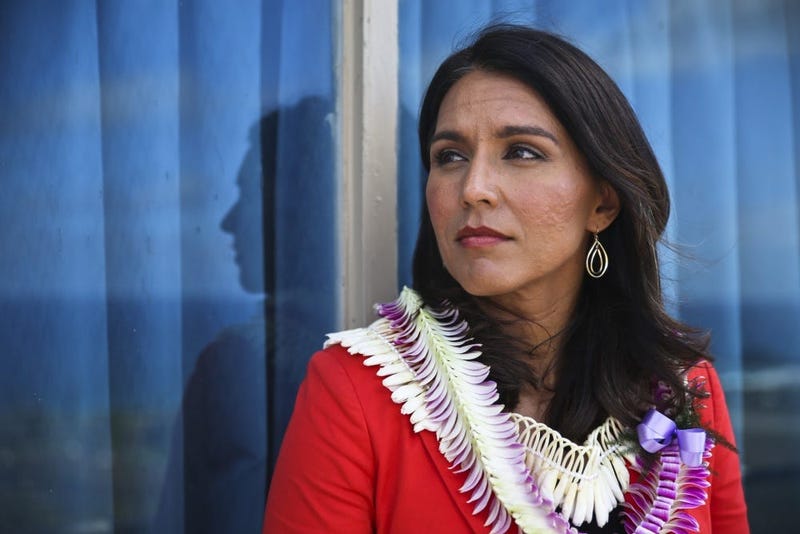 2020 Democratic presidential candidate Rep. Tulsi Gabbard (D-Hawaii) says sexual assault is "rampant" in the military, and most people don't know about it because there is a "fear of retaliation."

Gabbard was asked during a CNN Town Hall in Austin, Texas Sunday how she'd address sexual assault in the military if she were elected president.

“I believe that we still today don’t know how rampant sexual assault in the military is, because there is still a fear of retaliation, there is a stigma and people who don’t want to be known as 'that one,' said Gabbard, an Army veteran who served in Iraq and Afghanistan.

Gabbard also said she would sign the Military Justice Improvement Act, which addresses sexual assault's prevalence in the military.

“This legislation is so important because it provides that path outside of the chain of command where you know that there is no one, whether it’s your team leader, platoon leader, first sergeant or commander, there is no one who will be able to stop your pursuit of justice and accountability if you’re a victim of assault in the military."

The CNN Town Hall was held in conjunction with the SXSW convention in Austin. The question was posed by Joy Craig, a retired Marine Corps officer who happened to be speaking at another SXSW event on sexual assault, the #MeToo movement, and the military.

I’m so grateful to @CNN for the opportunity to ask @TulsiGabbard about how she plans to eradicate sexual assault in the military. She committed supporting the #PassMJIA as Commander in Chief. Thank you for your thoughtful answer and your service ma’am. #metoomilitary https://t.co/NiiHr3syMf

The issue comes less than a week after Sen. Sally Martha McSally (R-Arizona) revealed in a Senate hearing that she'd been raped by a superior during her time in the Air Force.  McSally is credited with being the first woman to fly a combat mission for the US in enemy territory.