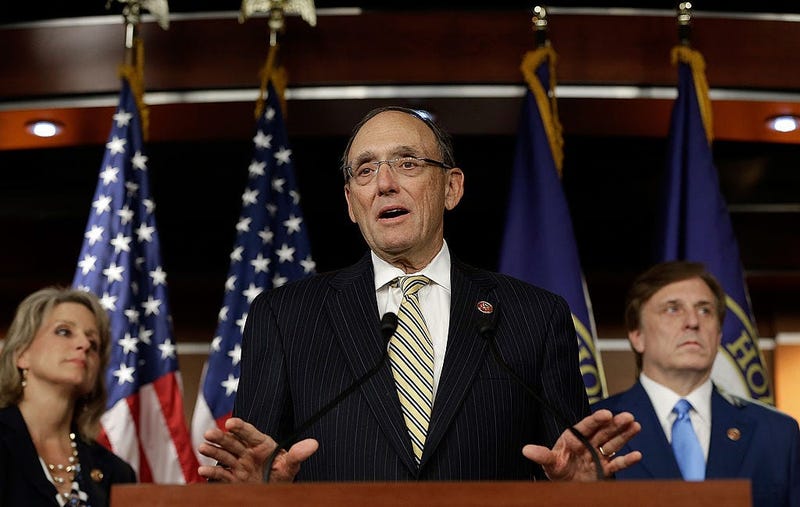 What has traditionally been a bipartisan Congressional committee devoted to veterans' issues erupted when Republican members stormed out of a hearing during a vote on a women veterans' care bill on Tuesday.

Following their exit, House Veterans Affairs Committee minority members accused the Democrat majority of trying to "silence" debate on amendments offered by Republicans and said they were "embarrassed by what this committee has become."

Just steps away from where impeachment depositions are being held in the Capitol, members said partisan politics had infiltrated even the Veterans Affairs Committee.

"The rule of law is leaving the House," said Rep. Neal Dunn, R-Fla., linking the conflict on the veterans committee to partisan fights over impeachment proceedings.

At issue was debate on the Deborah Sampson Act, an omnibus bill to improve women veterans' care and remove barriers. Republican members offered amendments to the bill, but Chairman Rep. Mark Takano, D-Calif., refused to allow amendments or debate on the bill before calling for a vote, which passed the bill to the House floor.

After further requests for debate or clarification on parliamentary procedure were similarly denied, Republican members, stood and exited the hearing room together.

Takano fired back in a statement released after the hearing: "House Republicans just walked out on women veterans by refusing to vote on a historic and monumental bill to extend care and benefits included in the Deborah Sampson Act."

Roe said minority committee members did not object to the underlying bill but offered amendments including a measure to require VA childcare contractors to be suspended if a member of their staff is charged with a serious crime and a measure to protect veterans' Second Amendment rights if a fiduciary is appointed to handle their finances.

Rep. Andy Barr, R-Ky., who offered the childcare amendment, said he didn't understand why the debate was not allowed on a measure "to protect children of veterans."

"Why he wants to silence debate on a legitimate issue that child abuse advocates think is relevant to this bill ... This is not a political issue," Barr said. "It is about providing women veterans access to care without concern for their children. This is a Soviet-style process in shutting down debate."

Takano accused Republicans on the committee of offering "toxic, partisan amendments -- none of which worked to address how women veterans receive care" and saying the minority tried to "hijack a bipartisan bill."

Roe and minority members defended their amendments following the hearing, saying they had bipartisan support. This also isn't the first time those amendments have been shot down by committee leadership. The amendments were ruled out of order when members tried to add them to a previous bill in July.

Members also offered the amendments as standalone bills, but so far, those bills have not gotten a hearing.

Minority staff told Connecting Vets that Republicans were advised by the Parliamentarian's office that the Deborah Sampson Act "was so broad that it effectively addresses veterans matters generally (not just women veterans)" and the amendments could be considered related.

"Women have served on air, land and sea in every conflict since the Revolutionary War, and every single one has been a volunteer," said Rep. Julia Brownley, D-Calif., the sponsor of the bill which is named for a woman who fought and was wounded in the Revolutionary War.  "Women veterans comprise the fastest-growing demographic within the veteran community yet their invaluable service is often overlooked and forgotten, leading these women to feel invisible."

The Tuesday hearing got off to a bad start for Republicans when Takano announced a delay to voting on the IMPROVE Wellbeing for Veterans Act, which would extend grants for mental health care outside VA. Takano said the bill was pulled from the Tuesday because of continued concerns about oversight of the grants. Takano said he wanted to hold a roundtable to iron out those concerns, and hoped to pass the bill out of committee before the December holidays.