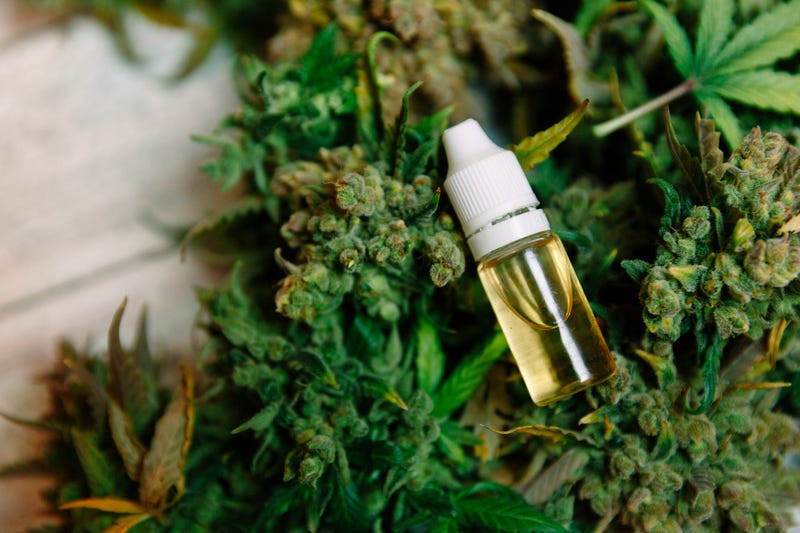 Department of Veterans Affairs leadership strongly opposes a set of new bills intended to pave the way for veterans to access medical marijuana in states where it is legal.

Thirty-three states have legalized marijuana in some way, but veterans who want access to medicinal marijuana for issues including post-traumatic stress and chronic pain fall into a gray area of state and federal law. Veterans who pursue medical marijuana in a state where the substance is legal could put their VA benefits at risk or be forced to seek treatment outside the VA.

“It’s overwhelmingly clear amongst the American people and amongst the veterans across the country that this is an issue that they are keenly interested in and want to have access to,” Rep. Julia Brownley, D-Calif., chairwoman of the House Veterans Affairs Committee’s subpanel on health, said at a hearing on Capitol Hill.

Veterans should have access “to the same healthcare treatment that their civilian counterparts have access to,” Brownley said.

But VA officials say as long as marijuana is a Schedule I drug, they will look to the Drug Enforcement Agency and the Department of Justice on what to allow.

“This committee can make strong proposals for us to move forward with recommendations of filling out forms and such, but in the end, we need to go back to DEA and DOJ for their opinion. I’ve not seen anything to suggest their opinion will change,” said Larry Mole, chief consultant for VA population health.

Despite the VA's position lawmakers are still proposing legislation.

One of them is the Veterans Equal Access Act. It would allow VA doctors to advise veterans on participating in state medical marijuana programs and complete forms for those veterans that reflect their recommendations.

Blumenauer said he is convinced that allowing veterans access to medical marijuana is an opportunity to help address chronic pain, post-traumatic stress, suicidal ideation, opioid dependency, and other issues.

“It’s no secret that our VA facilities have struggled to absorb these returning veterans, which coincided with a national opioid epidemic,” Blumenauer said. “Lethal opioid overdoses among VA patients are almost twice the national average.

Medical marijuana is less addictive and has few if any, negative side effects when compared with opioids, Blumenauer said. More than 1 million patients across the U.S. already use medical marijuana to treat conditions veterans suffer every day, including chronic pain, PTS, anxiety, nausea, glaucoma, and seizures.

“Yet the VA official policy prevents the doctors who know the veterans best from recommending medical cannabis to our veterans, even in states where it’s legal,” he said. “It’s time for the federal government and VA to keep pace with what the American public wants and an opportunity to make the lives of our veterans better.”

The VA Medicinal Cannabis Research Act of 2019 directs the VA to complete a clinical trial of the efficacy of marijuana in treating adults with chronic pain and PTS.

“The current treatment of prescription opioids to address PTSD and chronic pain … has had dangerous results such as addiction or even death,” Rep. Lou Correa, D-Calif., sponsor of the bill, said at the hearing.

Correa said polls by the Afghanistan Veterans of America and the American Legion show that 80-92 percent of veterans support research into medical marijuana use for veterans. “Solution? This bill,” Correa said.

Rounding out the three marijuana-based bills discussed at the most recent Congressional Hearing is The Veterans Cannabis Use for Safe Healing Act.   The bill, sponsored by Rep. Greg Steube, R-Fla., would prevent the VA from denying benefits to a veteran participating in a state-approved marijuana program.

“Veterans are actually afraid to go to the VA to use services they are accredited to do because if they test positive, they’ll lose benefits,” Steube said at the hearing. “I think it needs to be very, very clear that that’s not going to happen to them.”