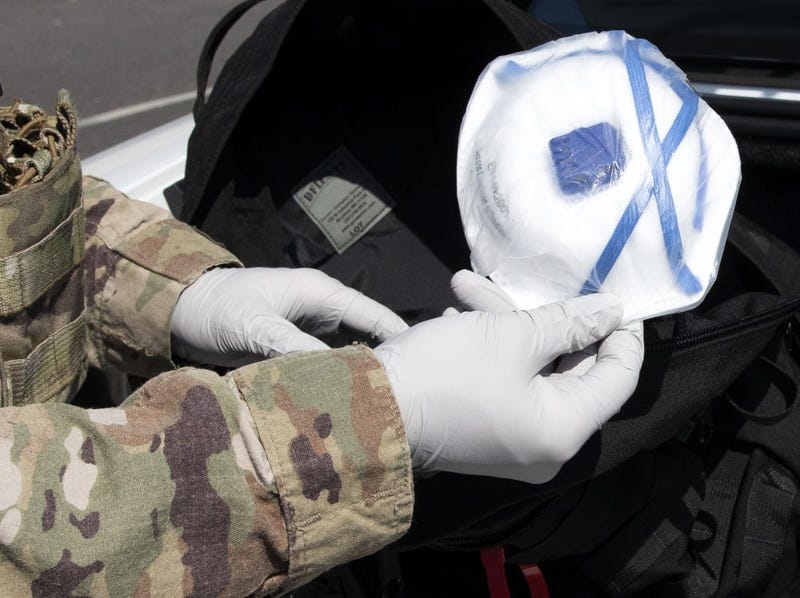 The Department of Veterans Affairs is launching a clinical trial for veterans with COVID-19, using a prostate cancer drug.

The test will study the use of degarelix, a Food and Drug Administration-approved drug for prostate cancer as a possible treatment for the coronavirus in male veterans.

The study will be a double-blind, randomized controlled trial, the department announced Friday. VA scientists will compare degarelix, also known as Firmagon, to a placebo. The trial will include nearly 200 male veterans hospitalized with COVID-19.

“Veterans who have contracted this virus are in need of immediate care,” VA Secretary Robert Wilkie said in a statement Friday. “This trial is an important step in advancing knowledge of a potential treatment for those infected with COVID-19. We are here to do everything in our power to preserve and protect life.”

Degarelix is often used to treat advanced cases of prostate cancer, according to VA. The drug works by "rapidly but temporarily suppressing the body's production of male hormones. These hormones can fuel the growth of prostate cancer."

VA scientists are testing the drug on COVID-19 patients "because lab evidence suggests male hormones trigger the production of a protein called TMPRSS2 on lung tissue" and the COVID-19 virus relies on that protein to enter lung tissues, according to the department.

Researchers believe that by temporarily lowering male hormone levels, they could reduce the production of that protein in lung tissue and prevent the virus from penetrating lung cells.

"Hormone levels will return to normal at the end of treatment," VA said.

Possible side effects of the drug include hot flashes, skin flush, increased weight, tiredness, hypertension, back and joint pain, chills, urinary tract infection, increase in some liver enzymes, injection site pain (especially with the first dose), decreased sex drive and difficulties with erectile dysfunction, according to the FDA.

But VA says those side effects "are typically linked to longterm treatment" and veterans who receive the drug as part of the COVID-19 clinical trial will only be given one dose that will last 28 days.

"Any side effects of degarelix are thus expected to be temporary," according to VA.

The study "is not suitable" for women veterans, VA said. Evidence shows the drug could have the opposite effect in a woman's body by increasing production of the protein the virus uses to penetrate the lungs which could worsen COVID-19 symptoms.

University of Alabama and Columbia University researchers used advanced artificial intelligence, computational genomics and lab evidence for the COVID-19 data and will collaborate with VA to plan the new trial.

The West Los Angeles VA Medical Center will lead the clinical trial, but VA medical centers in New York, including Brooklyn and Manhattan, and Washington State also will be included.

VA researchers expect to complete the trial in about four months, the department said.

The announcement of the degarelix clinical trial follows criticism of VA's use of the antimalarial drug hydroxychloroquine to treat veterans who contracted the virus.

Veteran service organizations including IAVA and VFW accused the department of using veterans as "test subjects" for the unproven drug and called for greater transparency from VA on how it was using hydroxychloroquine.

A non-clinical study conducted using VA records of veteran patients in department hospitals treated with the antimalarial drug showed veterans were more likely to die or require ventilation if treated with hydroxychloroquine than if they were under only standard care. Further studies have also cast doubt on the drug's effectiveness for treating COVID-19.

VA also is using remdesivir, another drug being tested as a possible treatment for the virus, officials told Connecting Vets, though VA would not provide any information about how many veterans had been treated with remdesivir or hydroxychloroquine so far.

As of Friday, VA had more than 11,800 COVID-19 cases, including veterans, employees and others treated under VA's fourth mission. Of those, more than 8,800 are "convalescent," meaning they're in recovery or it's been at least 14 days since they tested positive.

VA recorded at least 985 deaths as of Friday, including 683 inpatient deaths.

At least 1,379 VA employees have tested positive and 30 have died as of Friday.