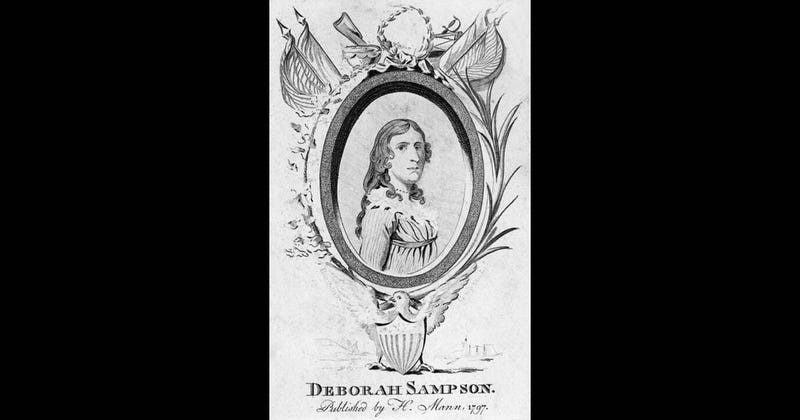 In 1782, as the fires of the Revolutionary War continued to rage, Deborah Sampson sewed herself a uniform, disguised herself as a man and snuck into the Continental Army.

As Robert Shurtleff, she joined the Fourth Massachusetts Regiment and at West Point and was assigned to Capt. George Webb's light infantry company, according to the National Women's History Museum.

Sampson would be wounded at least twice over the course of her 17 months and carried a piece of musket fire inside her until she died in 1827.

A former indentured servant, teacher and weaver, Sampson was tasked with the dangerous mission of scouting territory to determine location and number of British forces and supplies in Manhattan, "which Gen. George Washington contemplated attacking," according to the museum.

Many of the precise details of Sampson's service after she enlisted under the guise of a man are hazy, according to the Smithsonian.

Earlier this year, a diary belonging to Sampson's neighbor Abner Weston, a corporal in the Massachusetts militia, was discovered. In it, Weston says Sampson attempted multiple times to disguise herself as a man to join the ranks, scandalizing her hometown of Plympton, Mass.

"Their hapend a uncommon affair at this time for Deborah Samson of this town dress her self in men's cloths and hired her self to Israel Wood to go into the three years servis," Weston wrote, according to New York Times reporter Alison Leigh Cowan. "But being found out returnd the hire and paid the damages."

It's still unclear why Sampson tried to enlist, either for patriotism or perhaps even the promise of paid wages, given her more humble origins.

She participated in "several skirmishes," according to the Brooklyn Museum. Sampson and two sergeants led about 30 infantrymen on an expedition "that ended with a confrontation -- often one-on-one -- with Tories. She led a raid on a Tory home that resulted in the capture of 15 men," according to the National Women's History Museum.

Historians generally agree Sampson was injured, but accounts vary on how. But in the summer of the same year she joined the Army, she was hit by musket fire but "refused medical treatment ... due to fears that her true identity would be discovered," according to the Smithsonian. "Sampson is said to have extracted one piece of shrapnel ... by herself; another remained in her body for the rest of her life."

A few months before the end of the war, Sampson became ill in Philadelphia and a doctor finally discovered the truth.

She received an honorable discharge in 1783 and returned to her home state to marry, have children and partner with a newspaper publisher to write of her time in the Army. She even later toured, delivering lectures and speeches about her service.

Sampson would become the only woman to earn a full military pension. But she had to fight to get it and would not live to see it.

Paul Revere, in a letter to a Congressman in 1804, advocated for her, according to the Smithsonian. When Sampson died, her husband further petitioned Congress for a pension as a widower of a Revolutionary War veteran. A committee later awarded him the money, though he would die before receiving it. The committee concluded, according to the National Women's History Museum, that the war effort "furnished no other similar example of female heroism, fidelity and courage."

A statue of Sampson stands at the Sharon Massachusetts Public Library. She's seen wearing a dress and a military coat, carrying a military hat and musket.

Now, Sampson is being honored in a different way.

What could be the largest, most significant bill for women veterans so far this Congress passed out of the House this month and is headed to the Senate. That bill is named for Sampson and aims mostly to improve care for women veterans like her. 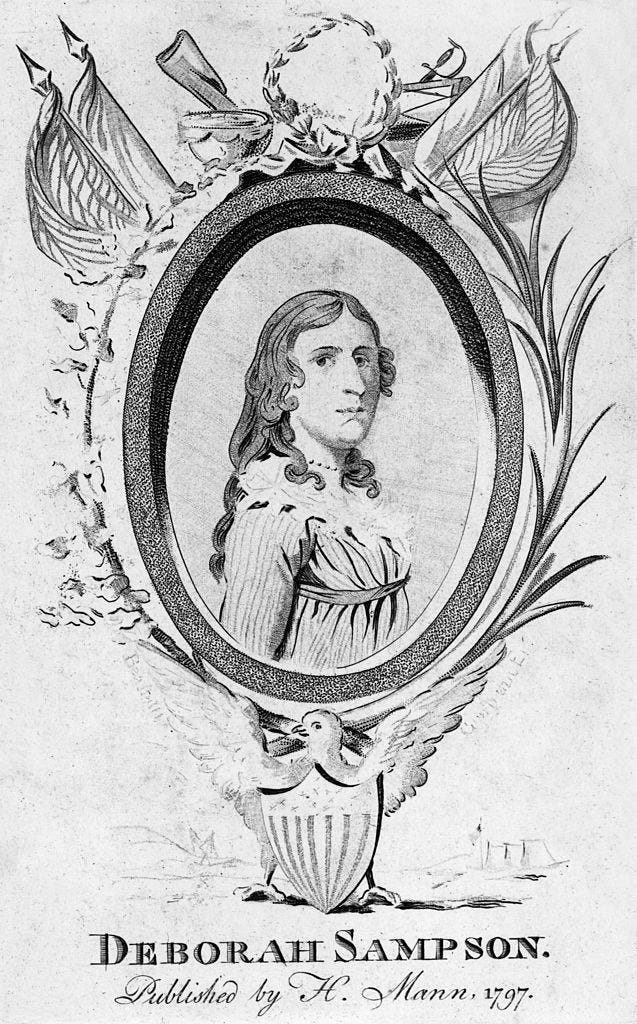