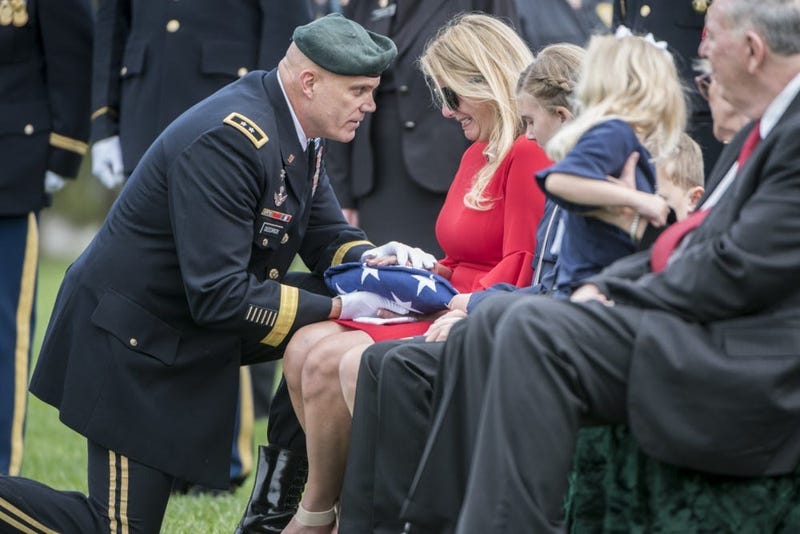 Gold Star families could access more benefits and service members could sue for medical malpractice -- two controversial policies advocates have been fighting for years -- if the House defense bill passes.

Amendments to repeal the so-called military “Widow’s Tax” and to overturn the controversial Feres Doctrine, which blocks military malpractice suits, were included in the National Defense Authorization Act, the night before the $733 billion bill went to the floor for debate, with 439 total amendments.

Democrats made the additions, and House Republicans were critical of the decision, saying repealing both were potentially expensive changes and Democrats did not provide plans to offset those expenses. The White House already threatened to veto the House version of the defense spending bill over border wall funding,

Both amendments could have a rough road ahead. In the Senate, Republican leadership already advanced their own version of the NDAA that specifically excluded the Widow’s Tax repeal and lacked any measure on the Feres Doctrine.

The Widow’s Tax affects more than 65,000 military families across the U.S., costing them each an average of about $11,000 per year. Those Gold Star families are entitled to receive two types of compensation -- the Dependency and Indemnity Compensation (DIC) program which provides about $15,000 per year to families of service members or veterans who die of service-related causes.

The second compensation type is the Survivor Benefit Plan (SBP) which service members can enroll in to give families of retirees up to 55 percent of their veterans’ retirement after their death, similar to private life insurance. While the Department of Defense subsidizes the payments, the service members pay into the program using part -- up 6.5 percent -- of their retirement benefits in order to be eligible for the program.

But when a service member or veteran dies of service-connecting causes, current law says their families can’t get the full amount of both payments -- every dollar paid out under DIC reduces the SBP payments by a dollar. The inability to collect both sets of benefits is often referred to as the “widow’s tax.”

An attempt to repeal the tax in the Senate in June was blocked.

The Feres Doctrine refers to a 69-year-old Supreme Court ruling that resulted in a block of military medical malpractice lawsuits. Only an act of Congress or SCOTUS can overturn the decision.

The House is expected to pass its defense bill later this week, followed by negotiations between both chambers for the remainder of the summer, with a goal to craft a compromise defense spending package later this year.