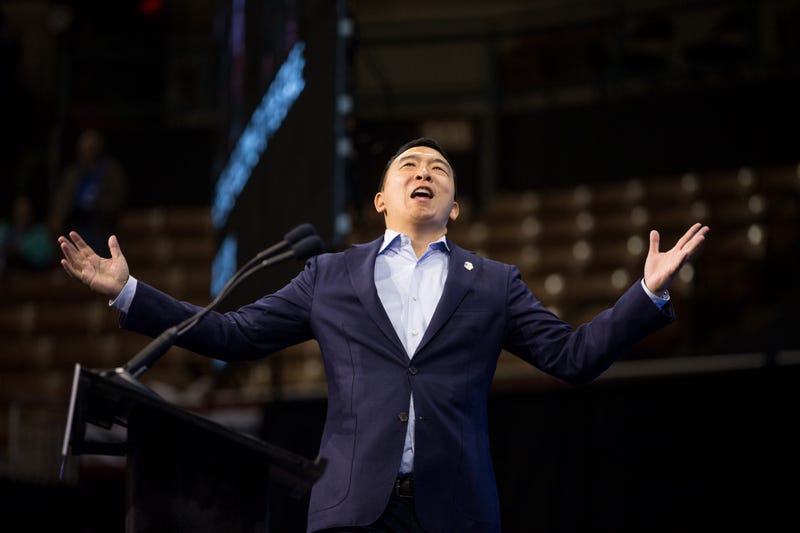 While many members of Congress and the veteran community are focusing on the legalization of marijuana for veterans who use it to treat the symptoms of PTSD and depression, Democratic Presidential Candidate Andrew Yang went a step further to advocate for legalized psilocybin mushrooms too.

The Cannabis Catch-22: What more must be done to get veterans the cannabis access they need?

At a town hall at Muscatine Community College in Muscatine, Iowa, Yang was asked if he would support medical marijuana for veterans.

“We need to get marijuana off of the Controlled Substances Act and legalize it at the federal level, make it freely available,” he said. “I say this because I’ve talked to hundreds of veterans and other Americans who benefit from marijuana as a pain relief treatment, and it’s much less deadly than the opiates that many, many people are using for the same conditions.”

But he didn't stop there.

“I’ve talked to veterans who’ve also benefited from psilocybin mushrooms,” he answered. “They said it was the only thing that actually has helped combat their PTSD. I’m for legalizing psilocybin mushrooms for veterans as well. Pretty much if it’s going to help a veteran, we should make it easier, not harder, for them to get access to it.”

Psilocybin mushrooms are a Schedule I Controlled Substance — like marijuana — so cultivating or possessing psilocybin mushrooms for either personal use or distribution is illegal. Some states like California and Colorado have made efforts to decriminalize the substance to certain degrees. Last May, Denver approved the nation's first referendum on hallucinogenic mushrooms making arrests for such possessions "the lowest law enforcement priority in the City and Country of Denver," according to the Washington Post.

As for marijuana, out of the various weed veteran legislation that moved through Congress last year, only one was voted out of committee. The Marijuana Opportunity, Reinvestment and Expungement (MORE) Act passed a House Judiciary Committee vote — making it the first marijuana legislation to do so. The legislation would, among other things, remove marijuana from the Controlled Substances Act as a Schedule I drug.

The bill has yet to see a House vote.