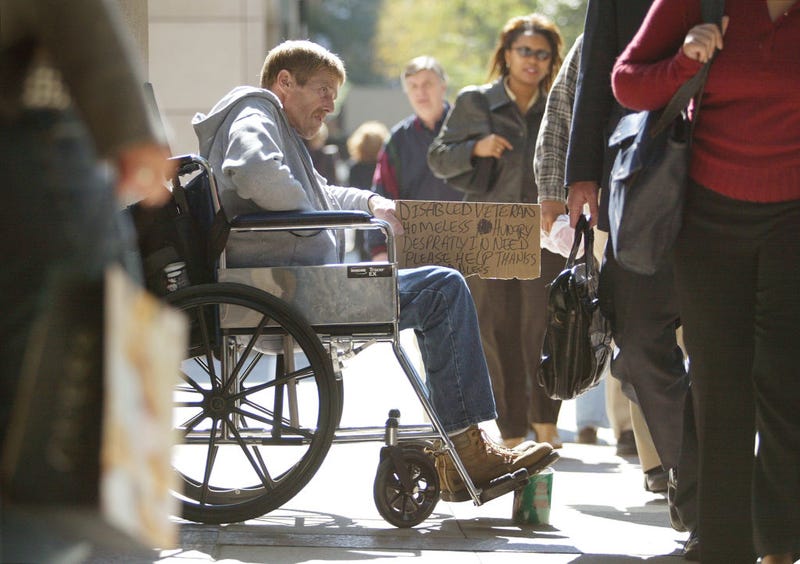 A homeless, disabled veteran in his wheelchair is surrounded by pedestrians as he is looking for money along the shopping area known as the "Magnificent Mile" on Michigan Ave. September 30, 2004 in Chicago. Photo credit Photo by Tim Boyle/Getty Images
By Abbie Bennett, Connecting Vets

Veteran homelessness increased slightly from 2019 to early 2020, even before the coronavirus pandemic struck the United States and left thousands out of work, according to an anticipated, overdue report released Thursday, though overall veteran homelessness is still down by nearly half over the last 10 years.

Each year, the Department of Housing and Urban Development releases its Annual Homelessness Assessment Report with a "point-in-time" count of unhoused people on a given night in January, including veterans. HUD conducted its annual count during the last 10 days of January 2020 but didn't release its report until Thursday. Advocates called it a "significant and unexplained delay."

That report shows the first increase in veteran homelessness in more than a decade.

The department didn't communicate with lawmakers or the Department of Veterans Affairs about delays for the data, which it usually shares with them by the end of the calendar year. Lawmakers earlier this month urged HUD leaders to release the "urgent" data -- a major resource for Congress for crafting legislation and allocating resources.

The 2020 report shows that veteran homelessness slightly increased, by about .4% from 2019. On a single night in January 2020, roughly 37,252 veterans were homeless. That increase was driven by an about 6% increase in the number of unsheltered veterans from 2019 to 2020. Overall homelessness among all Americans was up about 2.2% during the same time period, according to the report. More than 580,000 people experienced homelessness in the United States on a single night in January 2020. 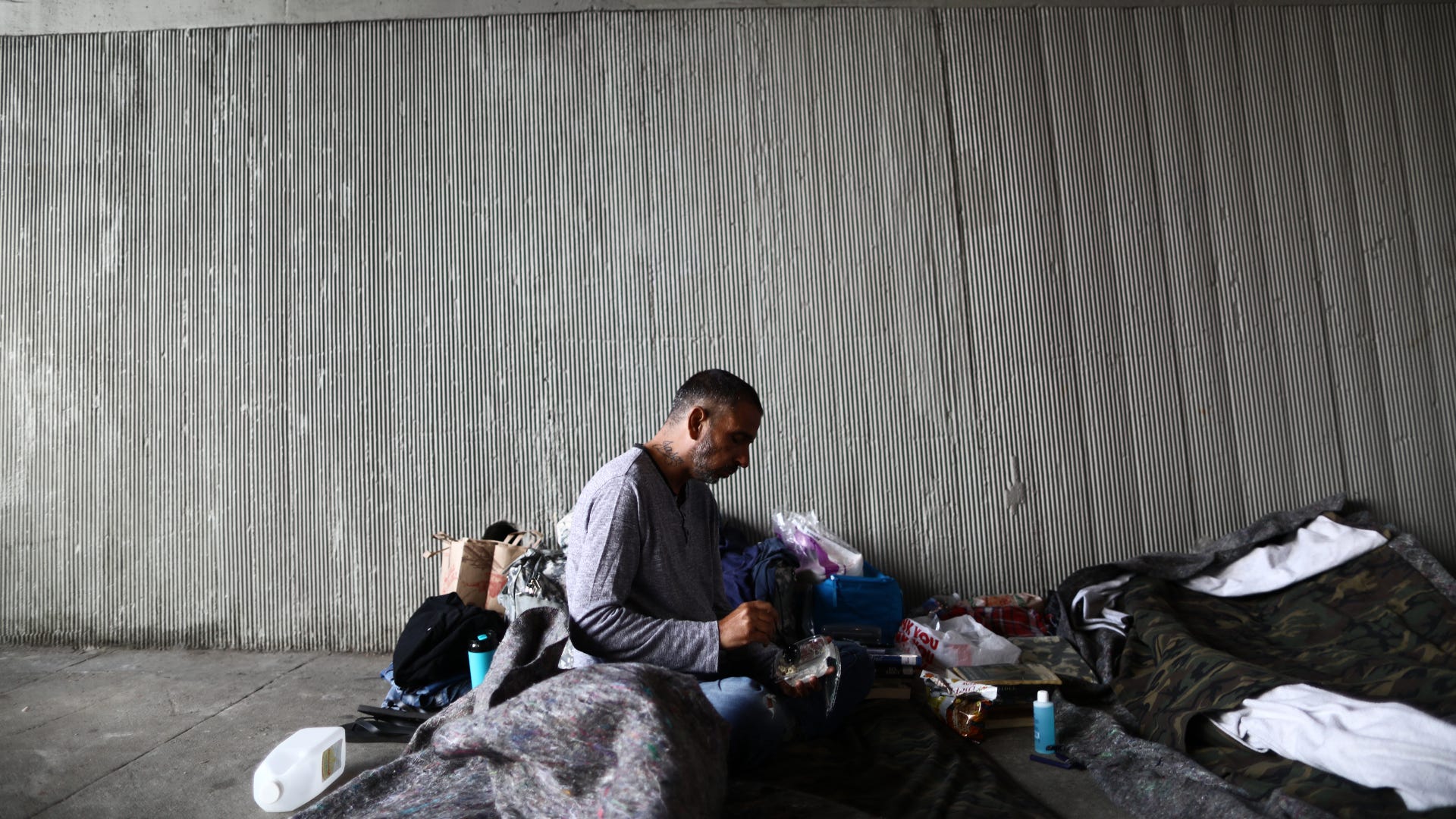 Between 2019 and 2020, homelessness increased significantly among unsheltered populations and people experiencing chronic homelessness, the report said.

"For the first time in many years, veteran homelessness and homelessness among families did not decrease," HUD Secretary Marcia Fudge said in a video statement. "What makes these findings even more devastating is that they are based on data from before COVID-19 and we know the pandemic has only made the homelessness crisis worse." 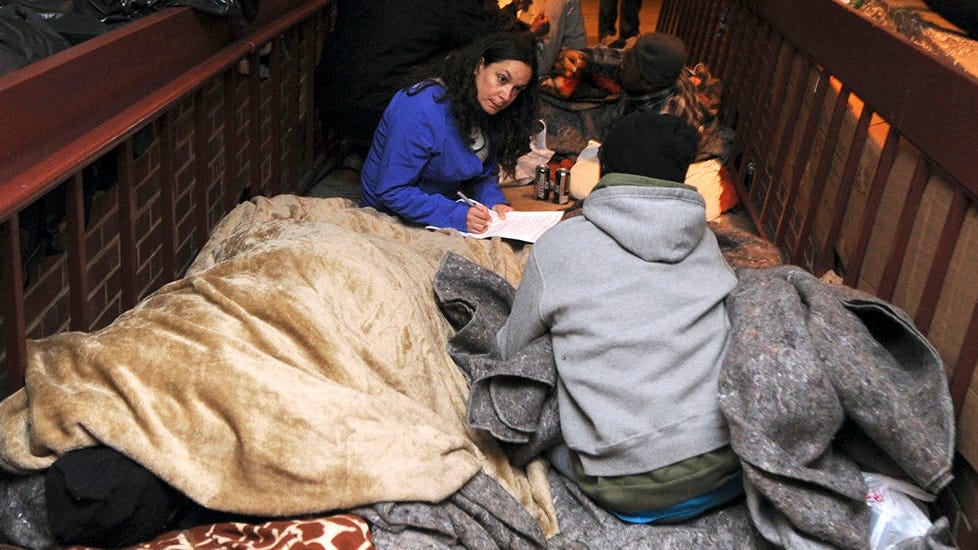 Now the concern remains how veterans have been affected by the pandemic. HUD officials were expected to conduct their 2021 point-in-time count in January, but it's unclear when that information will be released.

“Even a slight pre-pandemic uptick in veteran homelessness after significant declines since 2010 is extremely concerning,” Secretary of Veterans Affairs Denis McDonough said in a statement Thursday, adding that the Biden administration's plan to prioritize permanent housing options and its coronavirus relief package will help reduce veteran homelessness, including for those who don't qualify for VA care.

Early in the pandemic, work to shelter veterans in permanent housing ground to a halt when they needed it most. Congress worked to provide millions in emergency funding to help house homeless veterans in hotels and pay for testing for those who fell ill, but permanent housing was still a struggle. Other major veterans bills that made it through Congress in 2020, also included measures to aid homeless veterans, such as the omnibus Johnny Isakson and David P. Roe Veterans Health Care and Benefits Improvement Act, which also featured landmark legislation for women veterans. The Biden administration's pandemic response package signed into law earlier this month also included billions to address homelessness, including some targeted specifically for veteran programs. 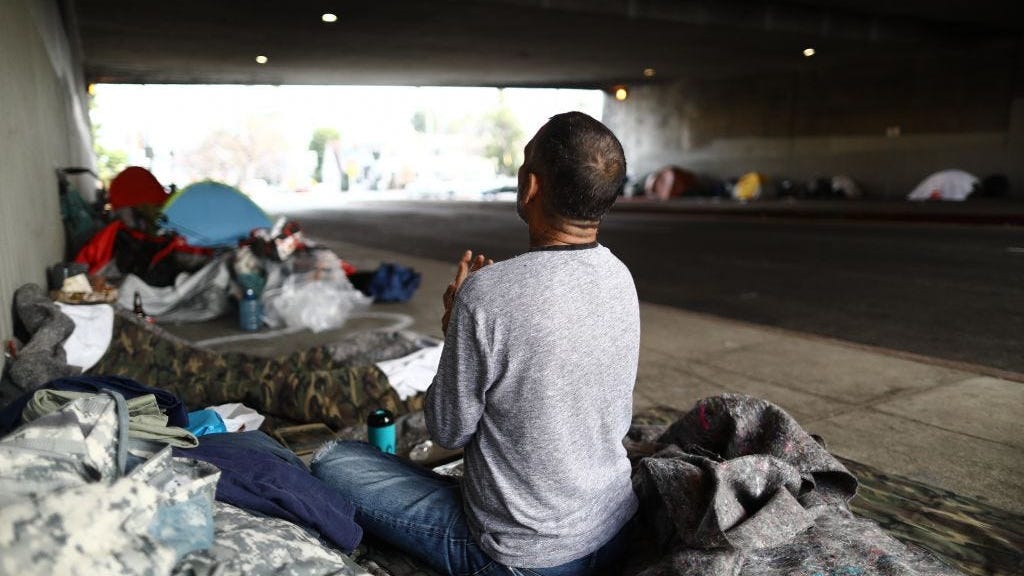 "Any increase in veteran homelessness is unacceptable," the National Coalition for Homeless Veterans said in a statement. "People across the country are suffering due to (the pandemic's) economic fallout, making it much more critical to work diligently to ensure veterans can access housing as we continue our mission to end veteran homelessness."

"Homeless veterans are some of the most at-risk for COVID-19 complications during this pandemic, and their safety must remain our top priority," he said.

The report reveals that ahead of the pandemic, conditions were already worsening for thousands of Americans experiencing housing insecurity, House Veterans Affairs Committee Chairman Mark Takano, D-California, said. "Now is the time to invest in our veterans."

Ranking member Mike Bost, R-Illinois, said he was relieved to see that though veteran homelessness increased, it was by a small margin.

"But, this count occurred before the pandemic," he continued. "COVID-19 and the jobs lost because of it continue to pose a real threat to veterans and their families. That’s why we must continue our work to get veterans vaccinated, back to work, safely housed and fully recovered"

Fewer than 6 of every 10 homeless veterans were staying in some kind of sheltered area.

The 6% increase in total number of unsheltered veterans at the beginning of 2020 was offset slightly by a 3% decrease in the number of homeless veterans who did have some kind of shelter. The small increase in veteran homelessness ahead of the pandemic followed “considerable reductions in the population (of homeless veterans) in prior years” and the increase occurred across geographic areas, according to the report.

Homelessness among veterans is still down significantly compared to more than a decade ago, when officials first began collecting the data. In recent years, advocates have praised the efforts of VA, Congress, and state, local, federal and private partners in reducing veteran homelessness by nearly 50% since 2009, according to VA and HUD data. 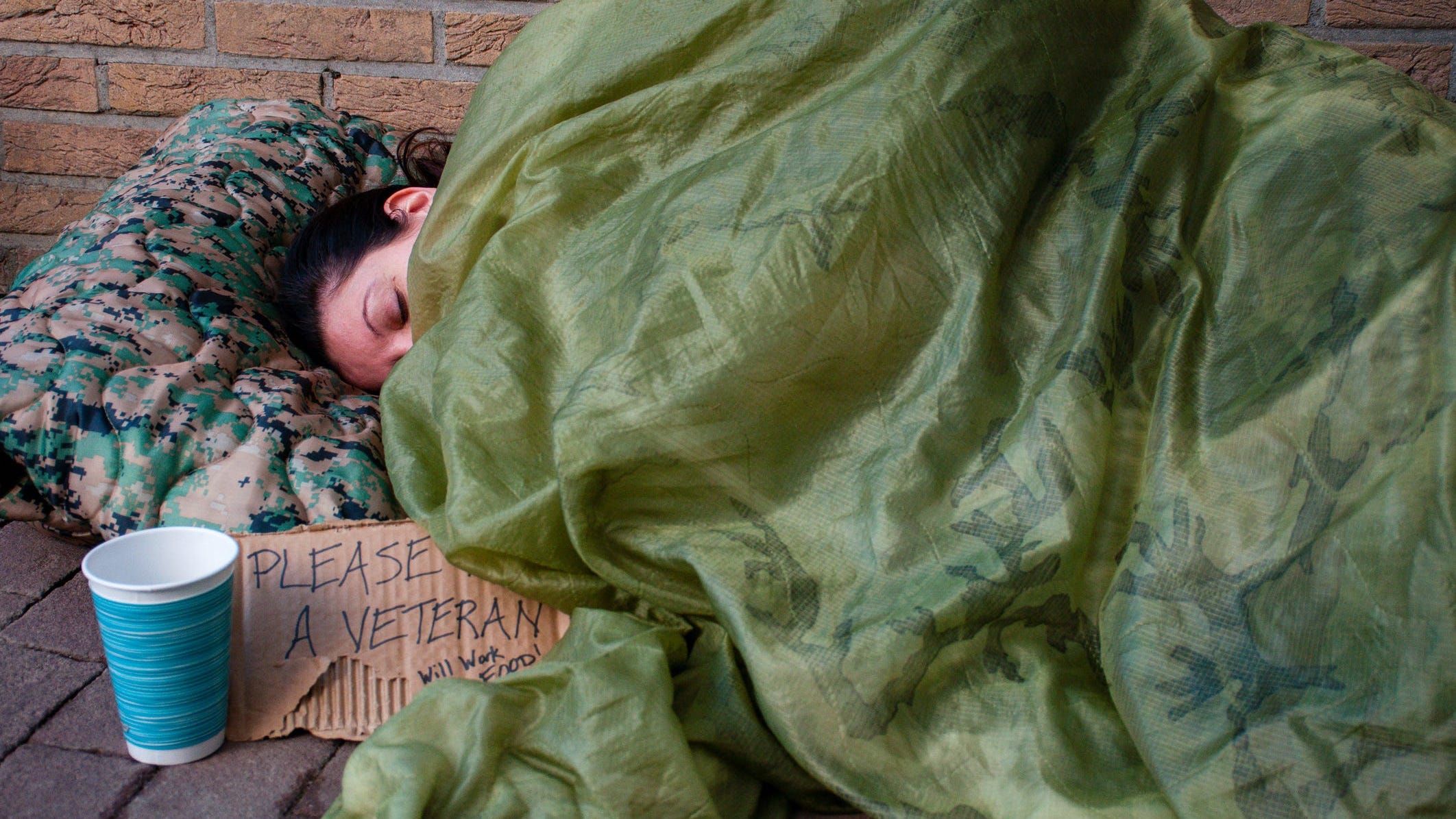 Men continue to make up the vast majority of homeless veterans recorded in the report, making up about 91%, equal to the percentage of male veterans in the United States overall. But women veterans, the fastest growing group of veterans overall, were much more likely to experience homelessness with a child younger than 18 than their male counterparts.

Women veterans were also more likely to be found in unsheltered areas than male veterans.

Black veterans made up about a third of all veterans experiencing homelessness, and a quarter of those completely unsheltered, though they make up just 12% of all U.S. veterans. About 81% of American veterans are white, according to the report.

Hispanic veterans were also disproportionately experiencing homelessness, 11%, though they make up only about 7% of all veterans.

Homeless vets are also disproportionately younger and many suffer from mental health and substance abuse issues, according to the National Coalition for Homeless Veterans.

California, Hawaii and Oregon had the highest rates of homelessness among all veterans in January 2020, far exceeding the national rate of 21 per 10,000 U.S. veterans. The highest was in California, where 77 of every 10,000 veterans was experiencing homelessness, followed by 54 in Hawaii and 50 in Oregon.

In 14 states, 90% or more of homeless veterans were staying in sheltered locations, including New York and Massachusetts.

"As a nation, we have a moral responsibility to end homelessness, and we know how to do it," Fudge said. "It has been shown, time and again, that helping people exit homelessness quickly through permanent housing without restrictions prevents a return to homelessness ... No one should ever be left without a safe, stable home."