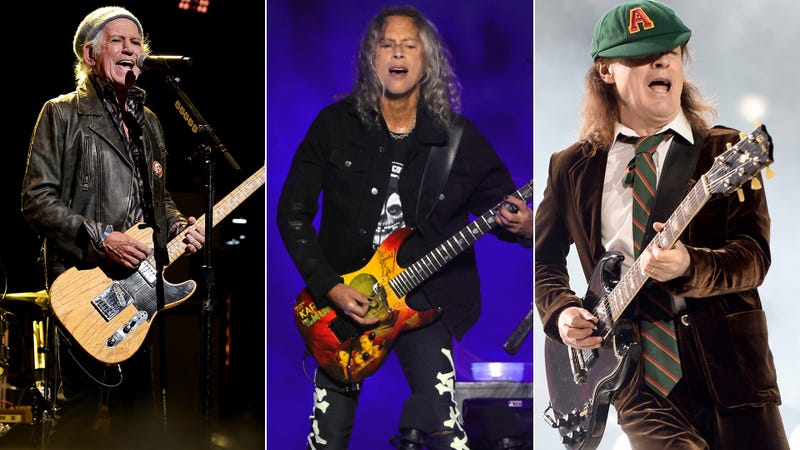 Any list declaring the greatest guitar riff of all time will be subject to personal taste. What’s not up for debate, is the net worth of some of the guitarists that penned the riffs appearing on those various lists.

There’s plenty of artists that play guitar that are among the richest Rock artists, but are generally not regarded as guitarists. While they’re iconic musicians in their own right, that means artists like Bruce Springsteen, Bob Dylan, or Jon Bon Jovi won’t end up on this list. Instead, we’re looking at musicians that are primarily associated with guitar players.

Using data gathered from celebritynetworth.com, we've compiled a list of the 10 richest guitarists in the world. As an added bonus, Audacy has plenty of stations dedicated to these artists. Just hit play and start listening now! 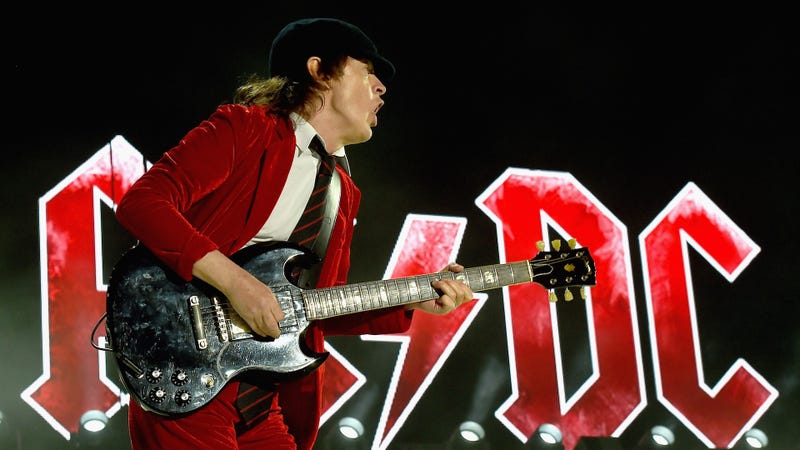 Young’s claim to fame as AC/DC’s lead guitarist has gotten him on many “greatest guitarists of all time” lists. With over 200 million records sold worldwide and countless tours throughout their career, it’s no surprise to see Young end up on this list. 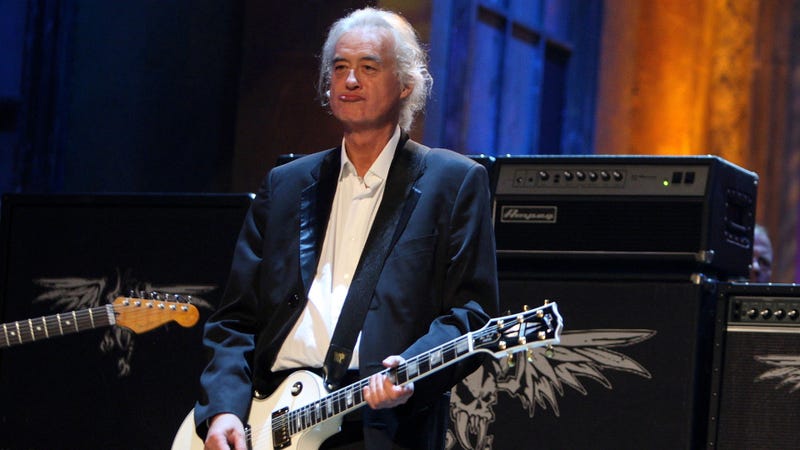 He’s been relatively quiet in the past few decades, but he’s certainly earned the right to do so. As the guitarist for one of the greatest Rock ‘N’ Roll bands of all time, Page influenced countless musicians with his work in Led Zeppelin. The group is one of the best-selling bands of all time as Page continued to take part in successful solo or collaborative endeavors in his post-Led Zeppelin days. 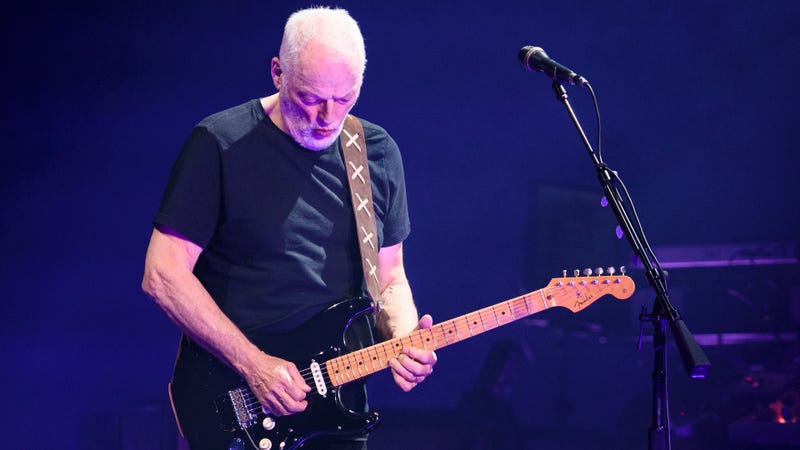 Gilmour’s claim to fame is as the lead guitarist for Pink Floyd, one of the best-selling bands in history with over 250 million records sold in their career. Gilmour has also maintained an impressive touring career as he regularly rakes in the cash from live performances. He's also noted for his extensive guitar collection. In 2019, Gilmour auctioned off many of his guitars and brought in $21.5 million. 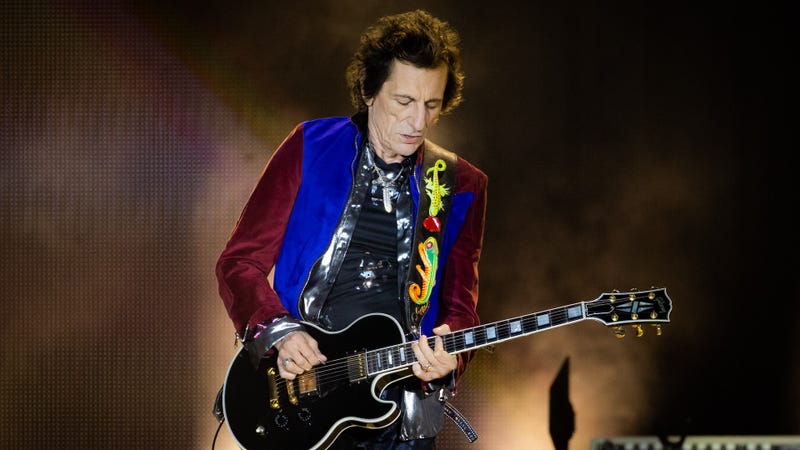 While Ronnie Wood is best known for his work with The Rolling Stones, his career was already well underway before he joined the band. Wood was a member of Faces during their short run from 1969-1975 as they went on to become one of the top-grossing live acts of the time. He then joined The Rolling Stones, who were already immensely popular and were about to ascend to even greater heights. 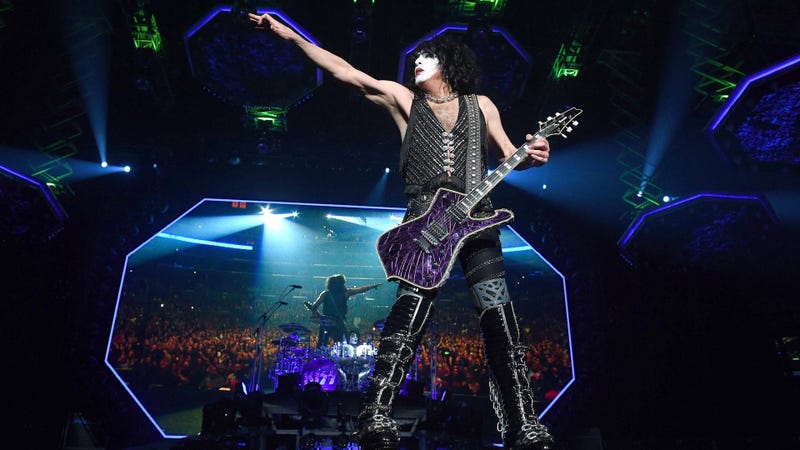 Stanley’s time with KISS has brought him a lot of success. That’s probably an understatement. The group has maintained a relentless touring schedule throughout the years making KISS one of the top-grossing live acts. Outside of music, Stanley and Gene Simmons have teamed up on numerous businesses including the Rock & Brews restaurant chain and ownership of an arena football team. 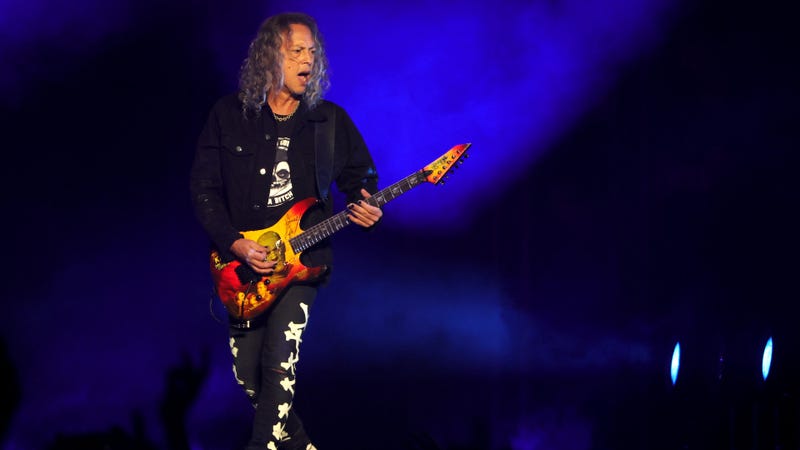 As the lead guitarist for one of the most successful Metal acts of all time, it’s no surprise that Hammett ends up on this list. Hammett has amassed his net worth through sales of Metallica’s music and revenue brought in from their numerous tours. As the band is still quite active to this day, it wouldn’t be a surprise to see Hammett move up this list before it’s all said and done. 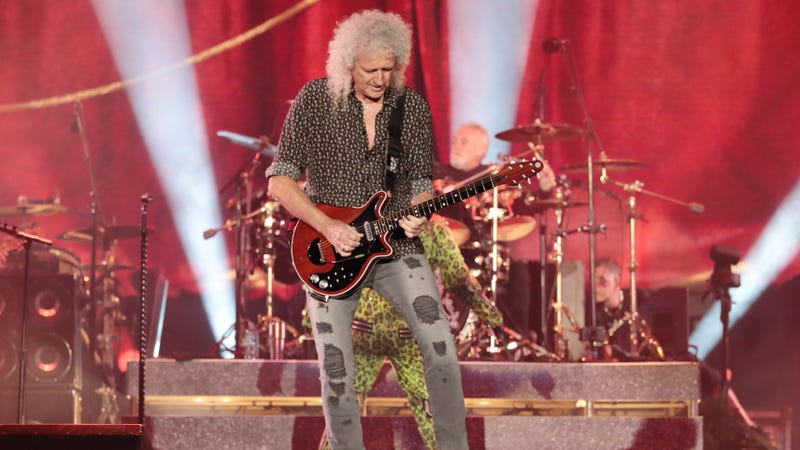 The Queen guitarist has reaped the benefits of the band being one of the best-selling acts of all time. During the late 70s and 80s, Queen was one of the biggest stadium acts in the world and brought in a ton of money from their tours. 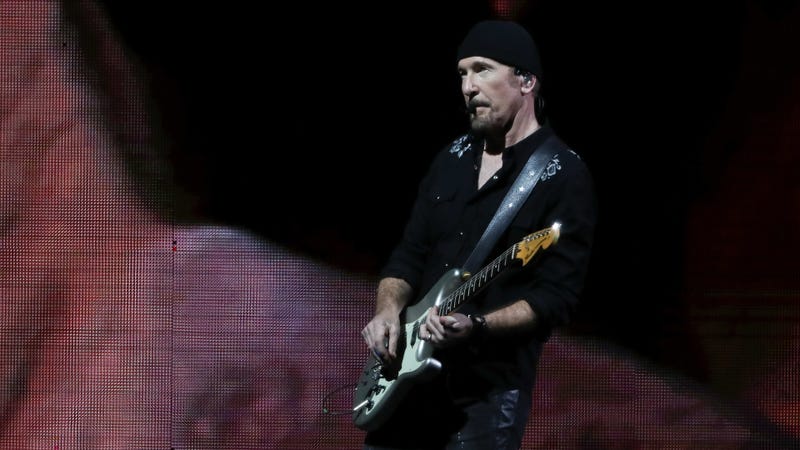 The U2 guitarist has made his fortune with the band, but has worked with numerous legendary artists in his career including Johnny Cash, B.B. King, Tina Turner, JAY-Z, and Rihanna. Alongside Bono, the two composed the theme song for the 1995 James Bond film Goldeneye.

Listen to U2 Radio 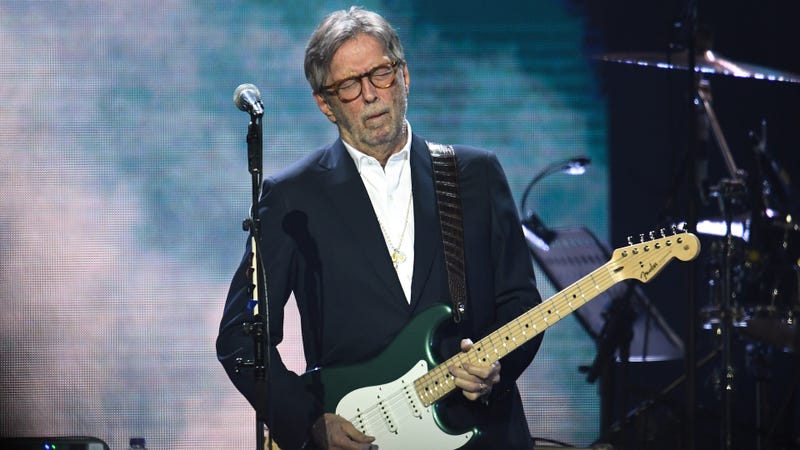 Eric Clapton has certainly experienced much success as a musician. With over 100 million albums sold to date, Clapton has been inducted into the Rock & Roll Hall of Fame three times as a member of Cream, The Yardbirds, and as a solo artist. However, Clapton has amassed much of his net worth outside of music as he has an extensive car and art collection. Celebritynetworth.com estimates Clapton’s Ferrari collection to be worth up to $100 million. 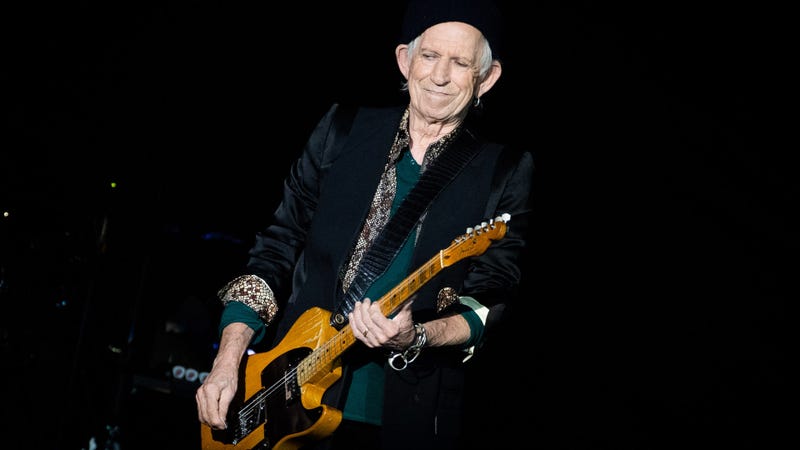 At number one, the guitarist for what many have dubbed “The Greatest Rock & Roll Band in the world.” Richards tops this list as his accolades with The Rolling Stones have already been well documented. Outside of his work with The Stones, Richards has had an impressive solo career and has been a producer since the 60s. He’s credited on projects with artists like Aretha Franklin, Johnnie Johnson, and Ronnie Spector. Richards has also made appearances in films such as Pirates of the Caribbean.