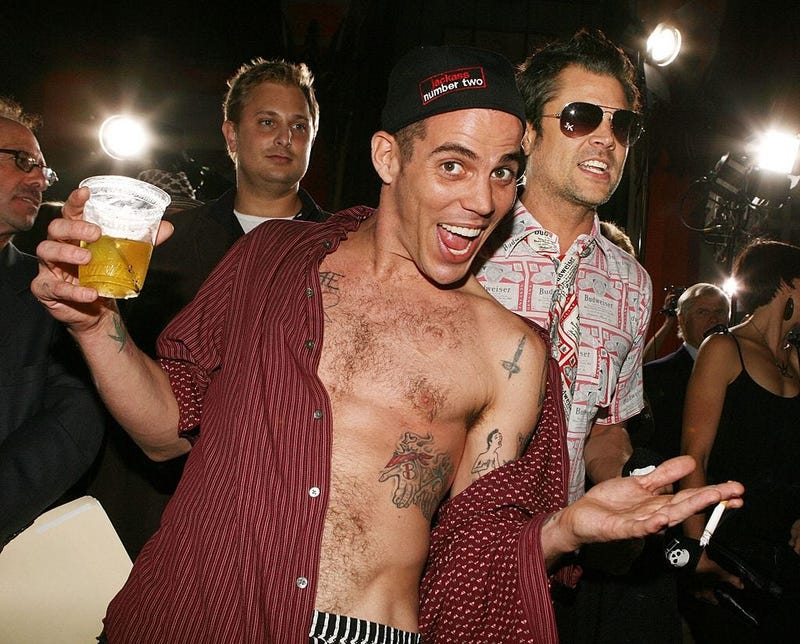 Over the summer it was reported that the cast of "Jackass'" was interested in making a fourth movie now it appears that we're definitely getting one as Paranount has set a March 5, 2021 release date for 'Jackass 4'.

The stunt-prank series first hit MTV in 2000 and quickly became one of the network's most popular shows.

We know Johnny Knoxville is on board for the next one and it has previously been reported that Steve-O, Bam Margera, Chris Raab and much of the original cast is ready to be involved.

For more head to Deadline.