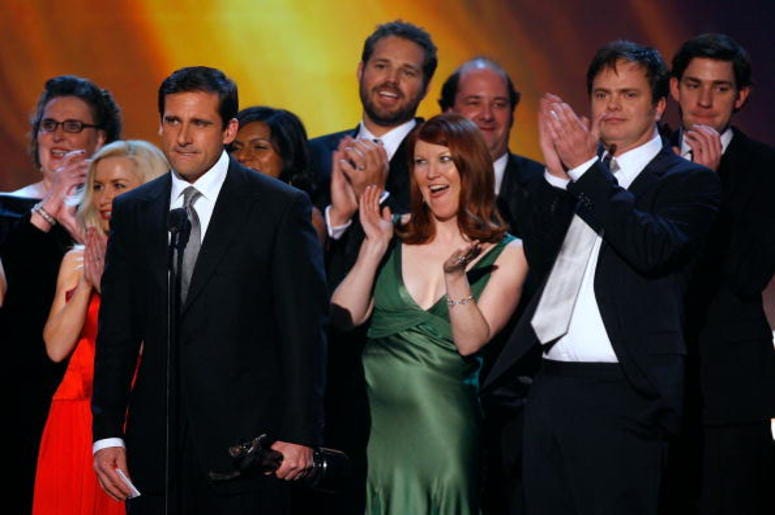 The streaming wars reached a new level in 2020, with a number of networks launching their own services to compete with the likes of Netflix and Hulu. Still, despite more options to watch than ever before, it was a show that’s been off the air since 2013 that dominated screens in 2020. According to Nielsen, the most streamed show last year was ‘The Office’ and it wasn’t even close.

According to data released by Nielsen recently, Americans watched over 57 million hours of ‘The Office’ in 2020. While those numbers were likely inflated due to the number of episodes offered of the series, compared to newer series, it shows the popularity of the series that left the streaming giant in 2021 for NBC’s new service, Peacock. Of course, Netflix still has plenty of other shows to view, as the entire top 10 most streamed list was shows on Netflix.

Following ‘The Office’ in the top 10 was, ‘Grey’s Anatomy,’ ‘Criminal Minds,’ ‘NCIS,’ ‘Schitt’s Creek,’ ‘Supernatural,’ ‘Shameless,’ ‘New Girl,’ ‘The Blacklist’ and ‘Vampire Diaries.’ Still, none of those shows had the viewership of ‘The Office’ in 2020. It seems people will have to move to Peacock after all.