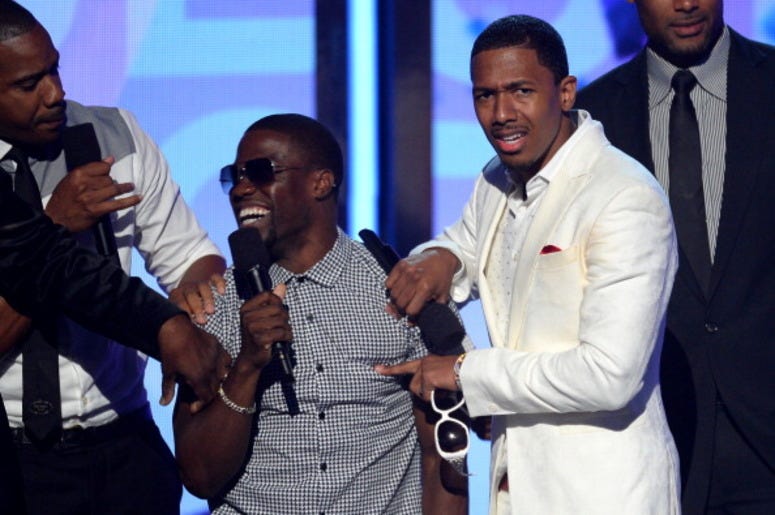 There is nothing better than pulling off a prank on a friend. While most practical jokes fall flat, when one lands even the person getting pranked usually can’t help but laugh. Hopefully that is the case for Nick Cannon after he was recently pranked by comedian Kevin Hart, who paid for billboards featuring Cannon’s personal phone number.

It seems Kevin Hart and Nick Cannon have launched a prank war against each other. After Cannon recently purchased Hart a llama for his birthday, the comedian figured out a way to return the favor. “Here is a digital billboard in Los Angeles….I also did some in ATL & NY….if u want any advice on fatherhood please call my BEST FRIEND Nick Cannon. I’m sure his phone has been ringing nonstop,” Hart captioned a photo showing off his new billboard.
Since being shared, the photo has received over 1.3 million likes.

According to People, the phone number posted on the billboard has already been disconnected. Now, fans will just have to wait and see how Nick Cannon responds. Sadly for Kevin Hart, it will likely be something even bigger than a billboard.