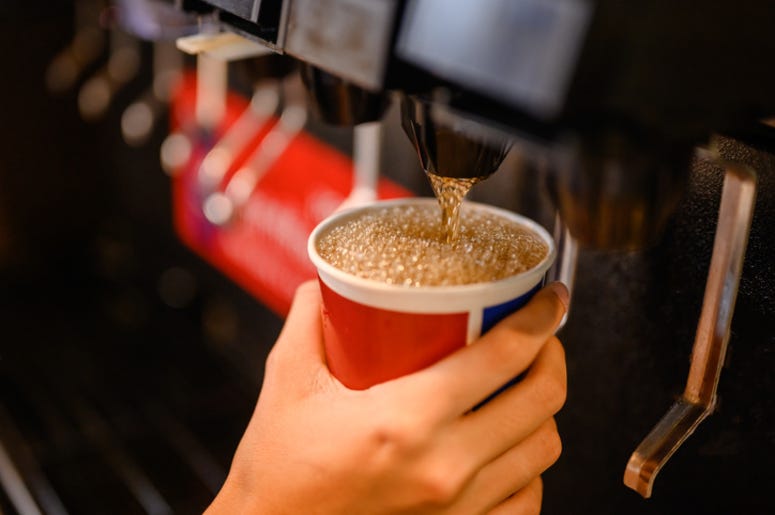 They say records are meant to be broken, but it may be a while before anyone comes close to the recent soda chugging record that was recently set. Professional eater and rapper Eric “Badlands” Booker recently entered the record books after chugging a 2-liter soda in 18 seconds. While many were impressed by the feat, it was the massive burp he let out after that has stunned the internet.

While plenty of people have irrational confidence in their chugging abilities, no one does it quite like Booker. As seen in the now viral video, Booker easily takes down the entire 2 liters of soda in under 20 seconds. The record was actually set a few months back, but was recently certified by Guinness World Records.

According to Brobible, this is not the only food and drink record held by Booker. He also holds the records for eating the most BurritoVille burritos, Matzo Balls, Purim cookies, corned beef hash, onions and candy bars.
He may not be at Joey Chesnut level, but clearly he has quite the appetite.