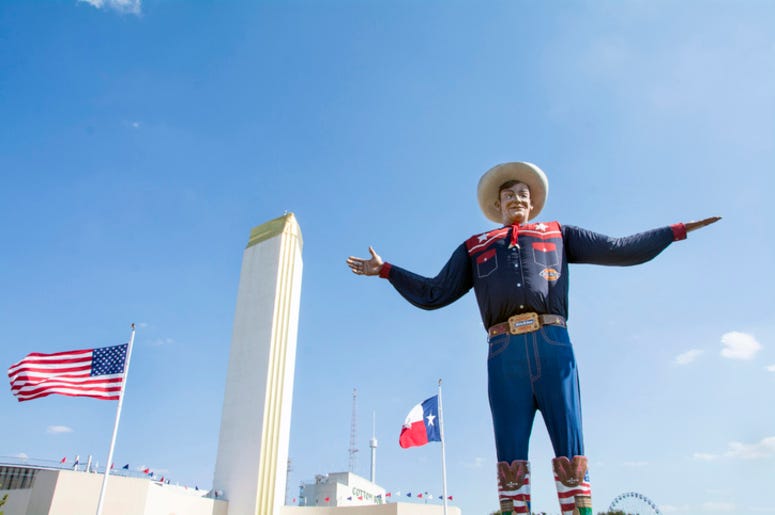 There are many attractions at the State Fair of Texas, but every year there is only one thing on the minds of attendees; food. The State Fair of Texas has become known around the world for its extravagant food, frying just about anything that edible. Now, fair officials have announced this year’s theme will be all about the food, paying tribute to classic fair food.

'Taste of Texas,' a tribute to fair food, is this year's theme for the State Fair of Texas https://t.co/nDOz2GXlA6

The State Fair of Texas is still four months away from opening day, but they are already working on getting the metroplex excited for their 136th fair. This year, the fair will be all about the "Taste of Texas,” highlighting iconic fair foods like corny dogs, funnel cakes, cotton candy and turkey legs, according to NBC DFW.

“This year's commemorative theme art is about more than just food. It's about bringing people together. Whether you're competing in a Creative Arts cooking contest, wandering the Big Tex Urban Farms greenhouse on the Midway, shopping for locally made treats, or taste-testing the Big Tex Choice Awards finalists, food is the common denominator all fairgoers come out to enjoy year after year,” said Mitchell Glieber, State Fair of Texas president.
The fair kicks off this year on September 30th, so DFW will have to wait a few more months to get a taste.