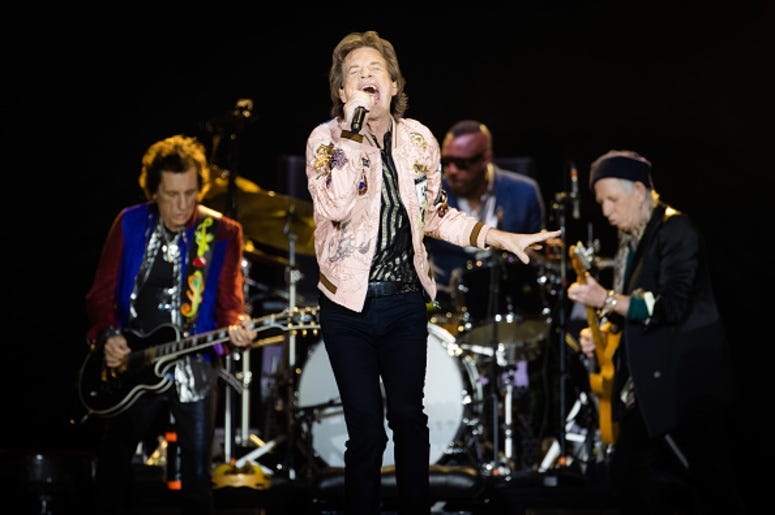 Certain artists are synonymous with the cities that made them. For New Jersey its Bruce Springsteen, in Detroit they can’t get enough Bob Seger, and in Minnesota; Prince reigns supreme. That’s why any time a band performs in the Twin cities, it’s almost a guarantee the Purple One will get a shout out. Apparently the Rolling Stones are no different, as the iconic band recently honored Prince during their tour stop in Minnesota.

That Midnight Rambler ⁦@MickJagger⁩ will see you in the purple rain, he sang in @Prince’s hometown of Minneapolis as ⁦@RollingStones⁩ rocked ⁦@usbankstadium⁩ pic.twitter.com/iL1dvXFlu8

Over the weekend, the Rolling Stones performed at U.S. Bank Stadium in Minneapolis, and while their set list was full of Stones’ classics, the band had a special treat for fans as well. During ‘Miss You’ frontman Mick Jagger slipped in a line from the Prince song ‘Connection.’ According to Jam Base, the next song included a Prince line as well, as Jagger sang “I only want to see you in the purple rain” during ‘Midnight Rambler.’

Fans seemed excited about the Prince shout out as video of the performance quickly spread online. Along with honoring Prince, the band had a few other surprises in store for the audience; performing ‘Monkey man’ for the first time since 2018, and ‘Fool to Cry’ for the first time since 2019. Hopefully some local Texas surprises are in store for the Rolling Stones upcoming DFW stop.