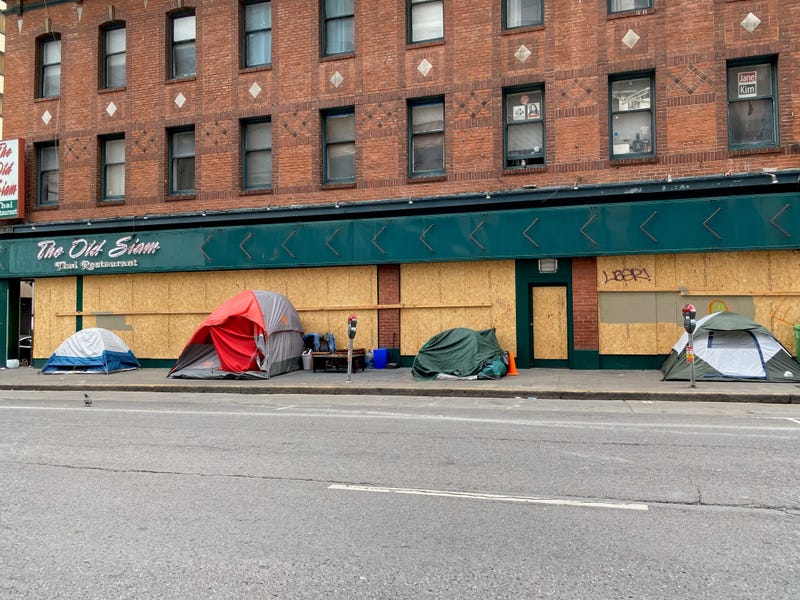 The Tenderloin has always been a gathering place for the homeless community.

It's home to organizations such as Glide and St. Anthony’s, which provide free meals and services.

District Supervisor Matt Haney, says there has been a more than 300 percent increase in the number of tents on the sidewalks in the months since the pandemic prompted the city’s shelter in place order.

Del Seymour is the unofficial local mayor. He runs the nonprofit, Code Tenderloin.

"We got 19,000 people living in these hotels that would normally have a visitor," he explained of the single-room occupancy hotels along Ellis St.

Visitors are no longer allowed because of social distancing.

Shelters have reduced their populations for the same reason, as have jails.

Del Seymour’s Code Tenderloin colleague Donna Hilliard said: "I met a guy the other day who said 'Oh, I got out early but I don’t even know where to go. But I know if I go to the Tenderloin I’m going to get a meal.' But that’s super dangerous for someone that’s just getting out of jail, because they’re going to run into their buddies, someone’s using, and then it just starts that vicious cycle again."

It is all adding up to tents, human waste and open drug-dealing on the streets. Local law school UC Hastings sued the city over the conditions.

"I feel like I’m more unsafe because of the conditions on the streets than I am being out because of the virus," said Amanda Michael, owner of the local cafe Jane. "I think (Mayor London Breed) has done a great job for most of the city. I don’t think anyone’s asleep at the wheel in that office. But I think this area has just become a complete containment zone."

As the city discusses reopening, Michael explained sidewalk seating would be unthinkable here.

Interim Director of the Department of Homelessness and Supportive Housing, Abigail Stewart-Kahn said: "We share those concerns. The Tenderloin is our number one priority. It has been for some time."

She added the reason for the number of the tents has to do with health guidelines.

"The CDC guidelines during the pandemic do indicate that dispersing individuals from group settings would increase the potential for spread of the COVID virus."

Stewart-Kahn said almost 200 people considered most vulnerable to COVID-19 have been moved from the Tenderloin to hotels. Those who test positive or have been exposed are also offered a room.

"Homelessness has devastating impacts on individuals but also for neighborhoods like SOMA and the Tenderloin, it really has huge a negative impact on the neighborhood. So my hope is that we can use this as an opportunity to really turn the corner on the most endemic challenge that we have faced as a city and really as a state for a long time now, and that’s homelessness."

The city is trying new things to address the problem. In Part Three we visit San Francisco’s first sanctioned tent site, just a few blocks away. 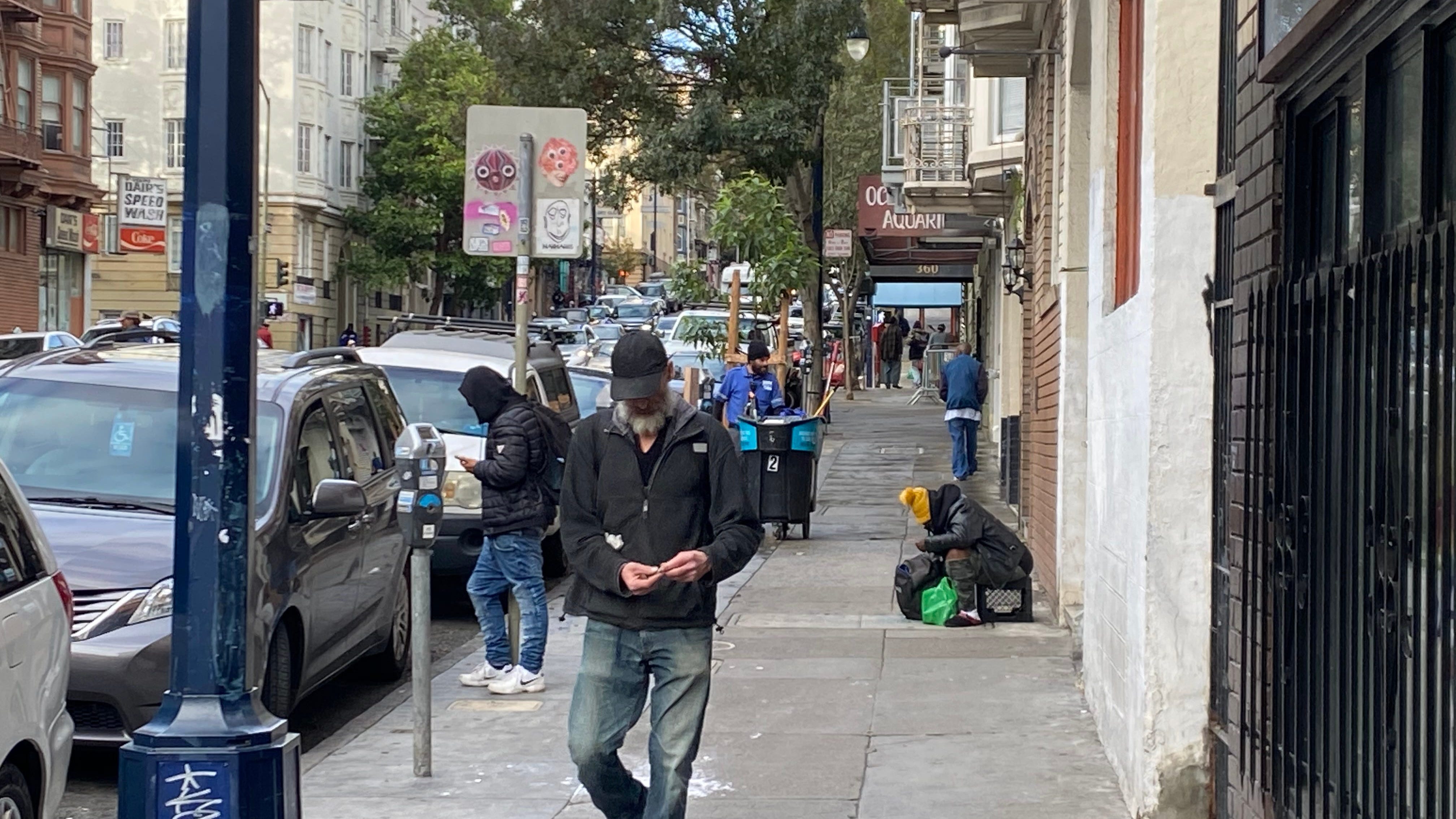 A Place to Shelter: Finding A Solution Is More Urgent Than Ever