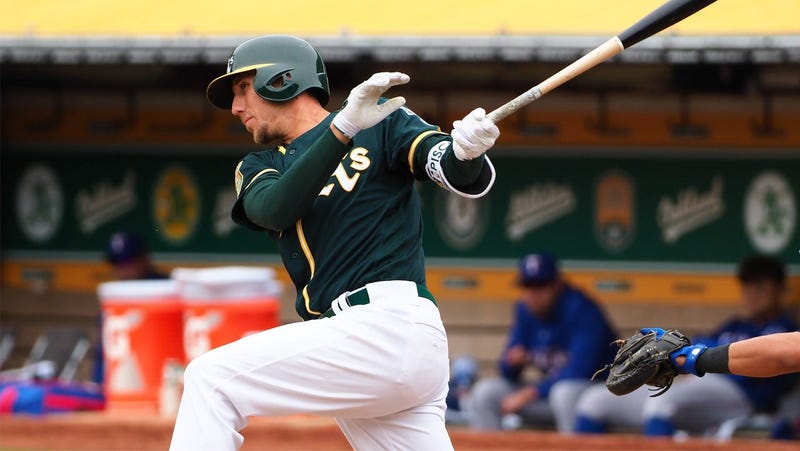 The Oakland A's appear to be playing legal hardball against a company at the Port of Oakland that is opposing the team’s effort to build a new stadium.

Schnitzer Steel operates a massive scrapyard next to Howard Terminal that has had four fires in the past 11 years, with the most recent just last month. The fires have sent clouds of black smoke into the air over West Oakland.

The team is now suing the California Department of Toxic Substance Control, which regulates the company, alleging they have failed to enforce environmental regulations.

"It’s really unrelated to our ballpark effort," Kaval insisted. "This is about us being a good corporate citizen in Oakland. We’ve been here over 50 years, we care for the people who are here...and we can’t ignore, you know, these many concerns that are in our community and we hope to advance things in a positive way."

"I don’t think that we should be naive enough to think that there is not any connection," said Clarance Thomas with the East Oakland Stadium Alliance, which is trying to keep the A's at the Coliseum site.

While he is in favor of cleaning up the environment, he questioned the team’s motives.

"I don’t think that they would like to see Schnitzer continue to operate if they’re going to have their way at Howard Terminal."

In a statement, Schnitzer said the lawsuit is "nothing more than an acceleration of the A’s efforts to dismantle the Port of Oakland to make room for their waterfront stadium and luxury housing development" and "an attempt by the A’s to distract from the lack of information and accountability they have demonstrated in their planning for a commercial real estate development at the working waterfront."

The California Department of Toxic Substance Control did not respond to requests for comment from KCBS Radio.