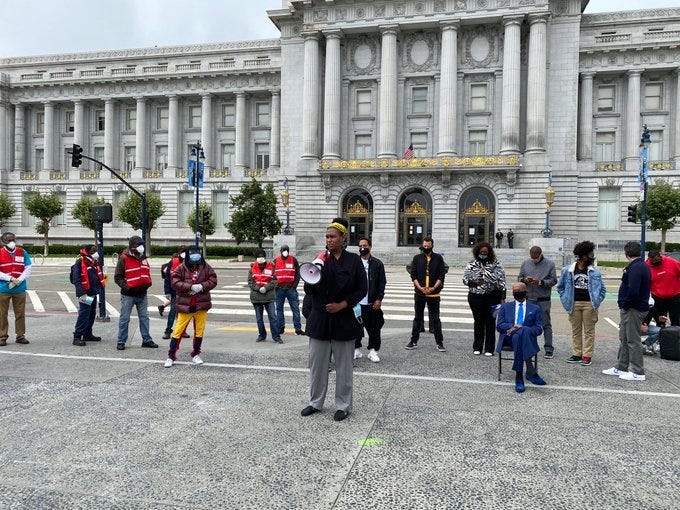 At a rally Friday outside San Francisco City Hall, community leaders urged the public to vote YES this November on two state propositions that would support black lives.

Advocates are urging voters to approve Prop. 16, which would get rid of the ban on affirmative action in public employment and public education, and Prop. 17, which would give those on parole for felony convictions the right to vote.

“The right to vote is sacred, and when you take it away from certain people, there is intentionality behind it,” Supervisor Haney said. “There is racism behind it. We now have the opportunity to actually vote on something that people have been fighting for for decades.”

When a 50-year-old formerly incarcerated person was asked at the rally whether he had ever been allowed to vote, he answered no.

“I went to prison when I was 17-years-old, and I would love to vote for my representation, so I can change the way that they affect my life and my purpose in life,” he said.

A Mission High School graduate who has been leading the fight for young people of color said she goes to school in New York City because she doesn't feel like she has a place in the University of California system.

“I didn’t want to be at a school that was going to actively tell me my people weren’t welcome,” she added.