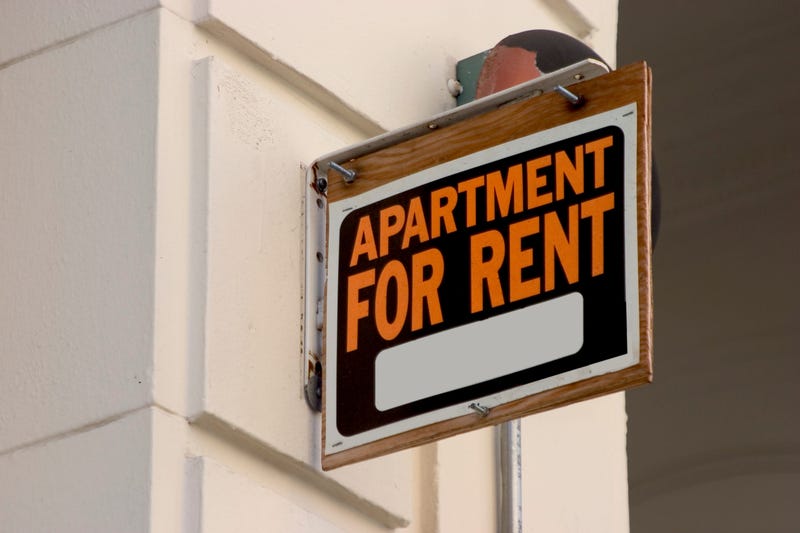 Bay Area rent prices continue to plummet during the pandemic, with a new survey that found rent declines in San Francisco are breaking new records.

Rent for one-bedroom apartments in the city is down 11.8%, and two bedrooms are down nearly 10%, compared to last year.  Not only is that the largest decline ever for the city, it is also the steepest drop in the nation according to Zumper, an apartment rental platform.

Charlie Goss with the San Francisco Apartment Association told KCBS earlier this spring the rent drops were NOT really surprising...given what's happening in the local economy...

“We’re already hearing that tenants are requesting rent reductions because the market for housing just isn’t what it was six weeks ago,” he said.

He explained that the bottom line is if tenants are unable to pay their rent, many owners won’t be able to hold on to the property more than a couple months.

While this is good news for renters, San Francisco still has the highest rental prices in the country. A one-bedroom unit in the SOMA district is currently leasing for over $3200 per month.

Rents could possibly fall even further, according to Zumper’s National Rent Report, which says San Francisco and other big cities are experiencing so-called "pandemic pricing,” where demand for rentals in expensive markets is falling while there is increased demand in neighboring, less expensive cities.