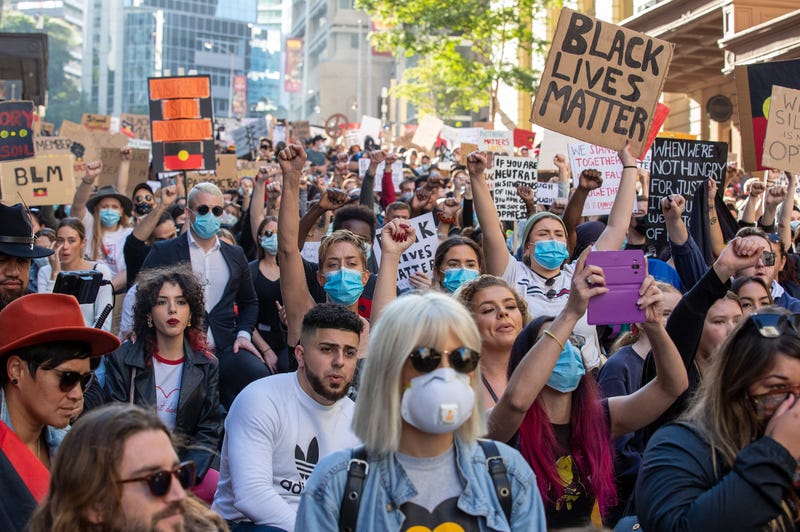 As protests against racism and injustice continue in the Bay Area and around the country, parents may be wondering how to talk to their children about race.

An East Bay artist believes the best way to teach young kids and adolescents about equity and justice is through music.

"What I want every adult every parent, every steward of a young person to know is that we don’t have to be experts in this, you know," RyanNicole told KCBS Radio. "We’re all still learning; this is all still evolving."

The Oakland native teaches kids about equity and justice both on her own and as an affiliate of the Alphabet Rockers, a group that creates music that appeals to young people and addresses these issues.

"It’s very timely music, not just in its content but also in the presentation of it," RyanNicole explained. "It’s you know, really dope beats, really great music, you know, poppy and catchy."

Nicole added that talking to kids about race when they are young is important.

Meanwhile, CNN aired a town hall with Sesame Street this weekend called "Coming Together: Standing Up To Racism." The 60-minute special featured fan favorite Elmo and his dad "to help kids and families discuss racism and the protests taking place nationwide, build empathy, and embrace diversity," according to Sesame Street.

“Not all streets are like Sesame Street. … What we are seeing is people saying 'enough is enough.' They want to end racism.”@Elmo’s dad Louie explains why people are protesting across the US. https://t.co/icV04F4FNW #CNNSesameStreet pic.twitter.com/1efrMAzZ8V