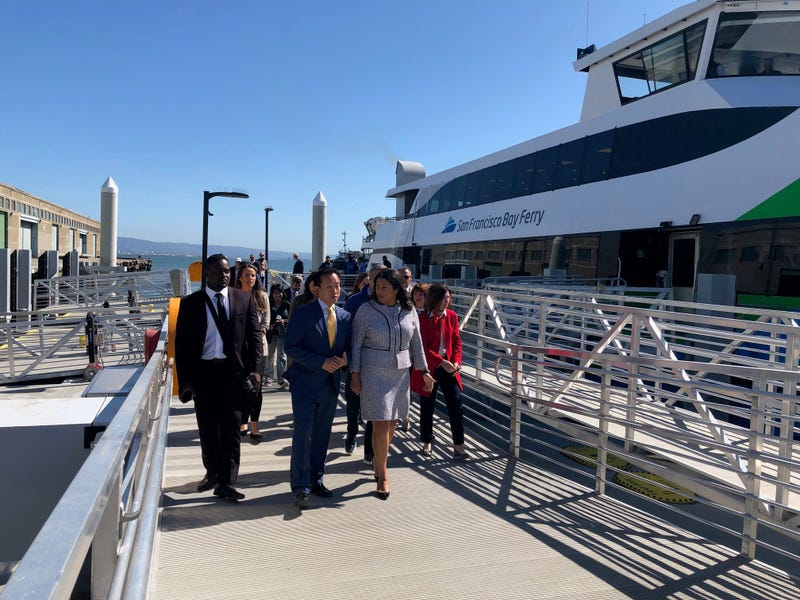 — Carrie Hodousek (@CarrieHodousek) October 3, 2019 SAN FRANCISCO, CA (KCBS Radio) - A new ferry service to the Chase Center aims to make it a lot easier for fans to get to Warriors game at the team’s new home.

The San Francisco Bay Ferry is launching service from Oakland, Alameda and Larkspur this Saturday, just in time for the Warriors’ pre-season game against the LA Lakers.

“We didn’t want to lose the opportunity to make people use ferry, give the option for ferry and make it a habit for getting across the bay,” said Port of San Francisco Director Elaine Forbes. “Especially when you’re going to a game or special event, it’s a nice thing to add to your day.”

With only 1,000 parking spots available at an arena that seats over 18,000 people, city officials are hoping people utilize the ferry and other modes of public transportation to get to the arena.

“People continue to talk about another BART tube, another bridge, but here’s an option to get people in and out of San Francisco without all the traffic,” said Breed. “And also, it’s a great ride.”

The service will only be available before and after Warriors games and special events at the Chase Center.