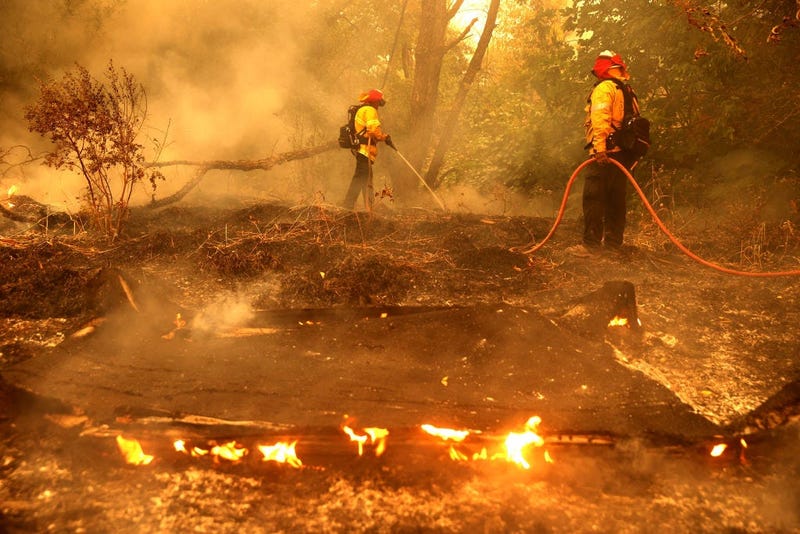 A crucial portion of California’s firefighting resources is unavailable right now because of the COVID-19 pandemic, as prison fire crews have been left short-staffed.

Incarcerated firefighters based at low-security fire camps work on the front lines alongside other first responders.

They make between two and five dollars per day, with extra hourly pay when out fighting fires, but because of lockdowns and early releases during the pandemic, their ranks have been cut.

Ruben Harper is a clerk at Delta Camp in Suisun who dispatches crews to Solano County.

“Originally, we got five crews that go out and fight fires,” he said. “Now we’re down to three because the slowdown, the influx of prisoners is slow because of this COVID and everything is out of whack.”

Governor Gavin Newsom said about $72 million was invested in hiring more than 800 seasonal firefighters to make up for the shortfall, but the fires are leaving all emergency crews stretched thin.

For Harper, this fire is especially personal and he’s worried about his wife, who lives in Santa Rosa and is on dialysis.

“She was like, ‘I’m getting all these alerts, they’re telling me the fire’s about an hour away,’” he said. “In the midst of us talking she was preparing everything and I was getting nervous.”

Prison Outbreak: Adjusting To Life Outside