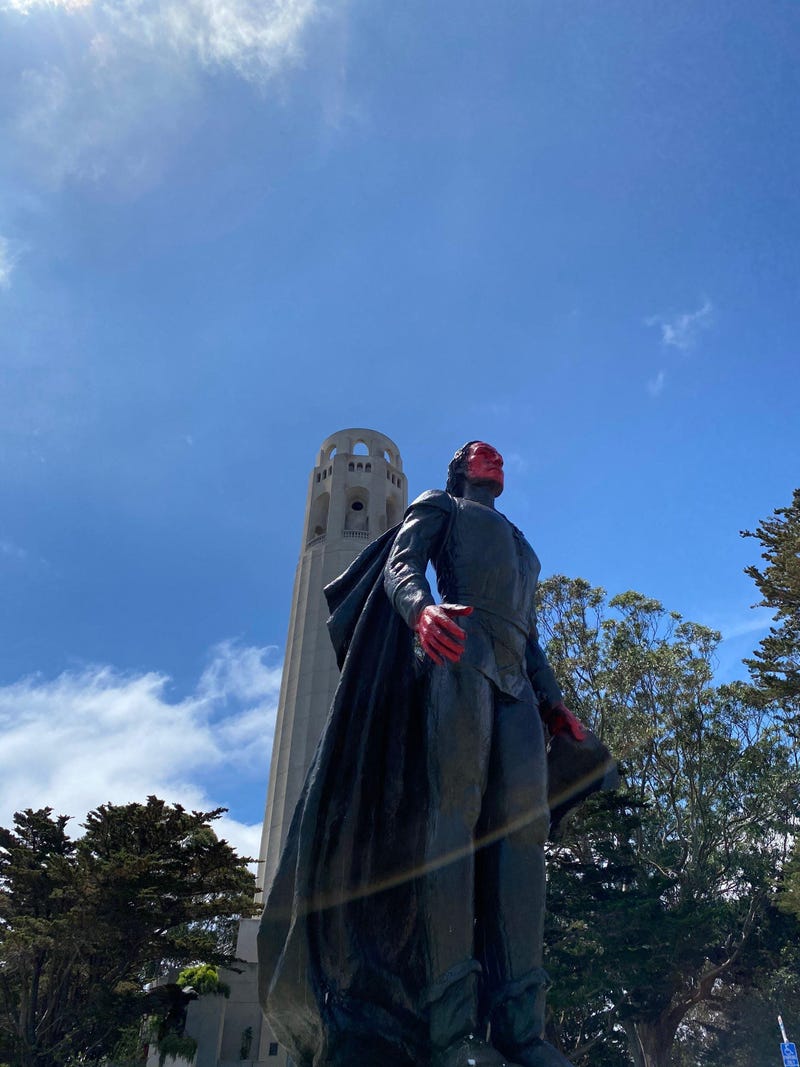 Vandals have again targeted the Christopher Columbus statue in San Francisco, this time as a worldwide conversation about statues with a controversial or racist connection grows.

Red paint now covers the figure’s face and hands after the statue, which stands in front of famous Coit Tower, was defaced late last week.

"The horrible history we have of particular ethnic groups trying to wipe out groups that they consider the undesirable other," Issel said.

Columbus had been embraced as a hero by Italian Americans facing discrimination and violence in the 19th and 20th centuries, but history has been amended in recent decades as the explorer and his men also enslaved indigenous people in the Caribbean and brought widespread disease to the New World.

"We are very much in a world shaped by the aftermath of the horrible ethnic and territory-grabbing mentality," Issel said.

This isn’t anything new.

The San Francisco statue, which has stood since 1957, has been vandalized before.