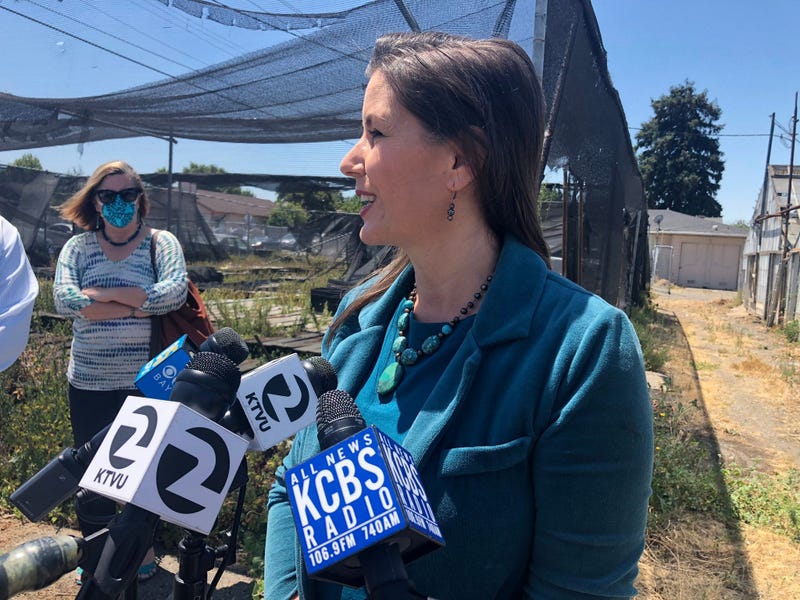 Oakland Mayor Libby Schaaf is responding to comments made by President Donald Trump criticizing her city and others over violent crime rates.

In an interview Thursday night with Fox News, the president slammed the current state of Detroit, Oakland, Baltimore and Chicago, saying: "They want help. These cities, it’s like living in hell."

Oakland Mayor Libby Schaaf quickly defended her city on Twitter and spoke with the media early Friday, telling KCBS Radio the president has been insulting her city long before he took office.

"I said that, frankly, the most dangerous place in America was Donald Trump’s mouth, not imagining that this man would actually be our elected our president," Mayor Schaaf said.

In the interview, conducted by Fox News’ Sean Hannity from an airplane hangar in Green Bay, Wisconsin, President Trump denied being racist after making remarks about the cities and even said Black people thank him for making such statements.

"The idea that Black Oaklanders have found an opportunity to thank him is beyond imagination," Mayor Schaaf said.

The cities mentioned by the president are led by Democratic mayors.