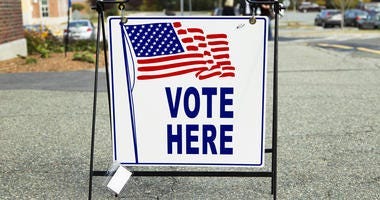 There are many ways to protest, and one way is at the ballot box. As racial justice protests have taken hold across the country, voter registration is soaring.

“We certainly have seen a surge in voter registration,” says Carolyn DeWitt, president and executive director of the non-partisan non-profit organization Rock the Vote. “Last week between June 1st and the 5th, our platform received over 61,000 voter registration applications.”

That is the largest spike in traffic the group has seen all year, including around voter registration deadlines ahead of Super Tuesday.

DeWitt says she cannot say with certainty that the surge is directly tied to protests around the death of George Floyd, but the conversation around systemic racism and what elected officials can do about it has grown louder in recent weeks.

“Elections aren’t just about the presidency. They are about your sheriffs and your district attorneys and your mayors and governors,” says DeWitt. She thinks that protests have amplified that message, especially with young people.

“We’re seeing high traffic and for young people, in particular Gen Z and millennials, are the most diverse generations in our country’s history,” she says.

Other voter registration organizations also reportedly have seen increases in registrations and donations since the protests began.

Voter registration tables have been set up at some protests around the country.