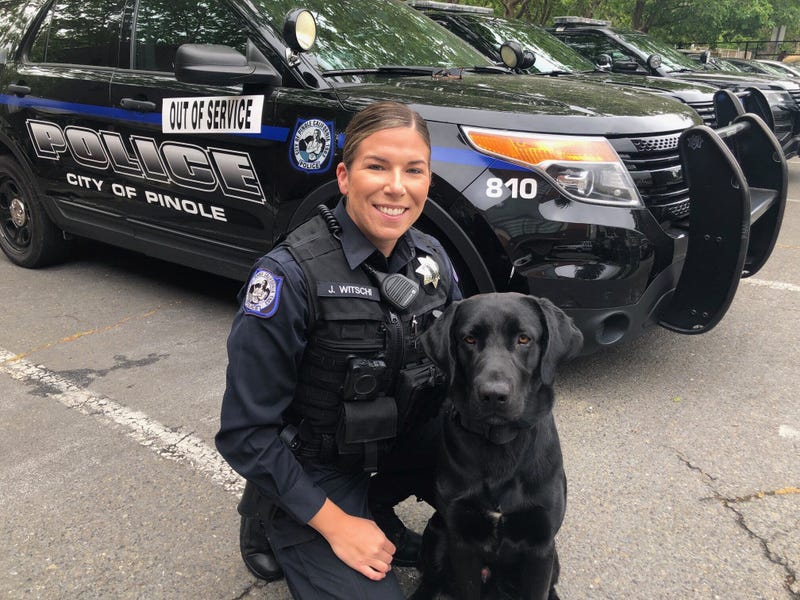 A therapy dog named Milo has been hired to comfort victims of violent crime. The 70-pound black labrador retriever will be going to crime scenes to offer emotional support both to witnesses and first responders.

"There's been studies that have shown that having a therapy dog or an animal reduces blood pressure and stress," said Pinole Police Officer Jennifer Witschi.

Milo's mission isn't to apprehend, but to provide emotional support in traumatic situations.

"He's not on the patrol aspect. He doesn't do bite work or narcotics," Witschi said. "He just does therapy work."

Officer Witschi trained with Milo for a few weeks in Arizona before he was brought the Bay Area in April. He is Contra Costa County's first police therapy dog.

"We really hope that he is able to go out and change people's lives and make those incidents that are traumatic for these individuals a little bit easier for them to cope with," Witschi said.​

Craving Something Fuzzy To Cuddle? Stop At The Pet Pop-Up