PG&E turned off power to 355,000 customers in 36 counties across Northern California Sunday as winds hit with the goal of preventing another disastrous wildfire. That strategy appeared to have worked Monday morning, with some small fires reported around the Bay Area near Sebastopol, Castro Valley, Santa Rosa, Healdsburg and along I-580 in Oakland but nothing catastrophic. 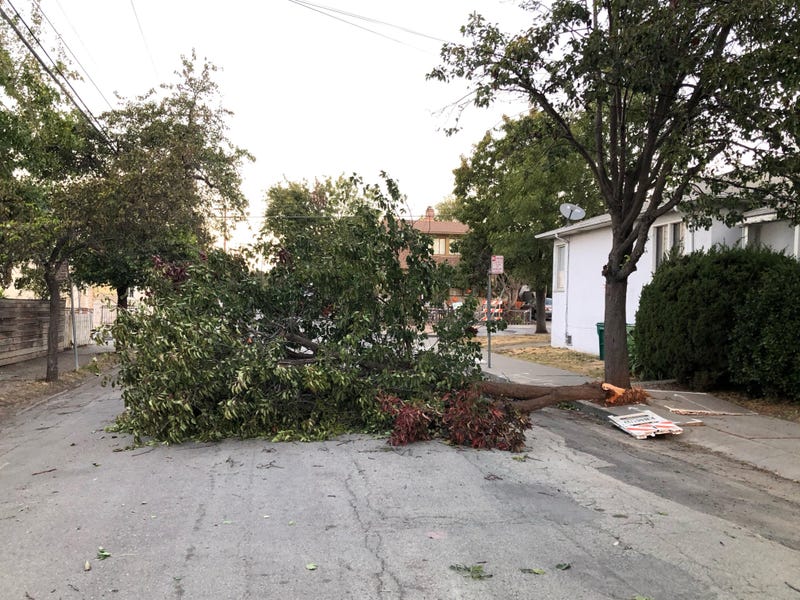 The winds themselves did do some damage with many reports of downed trees damaging power lines and cars. Gusts topped 70 mph at multiple spots in the Bay Area. 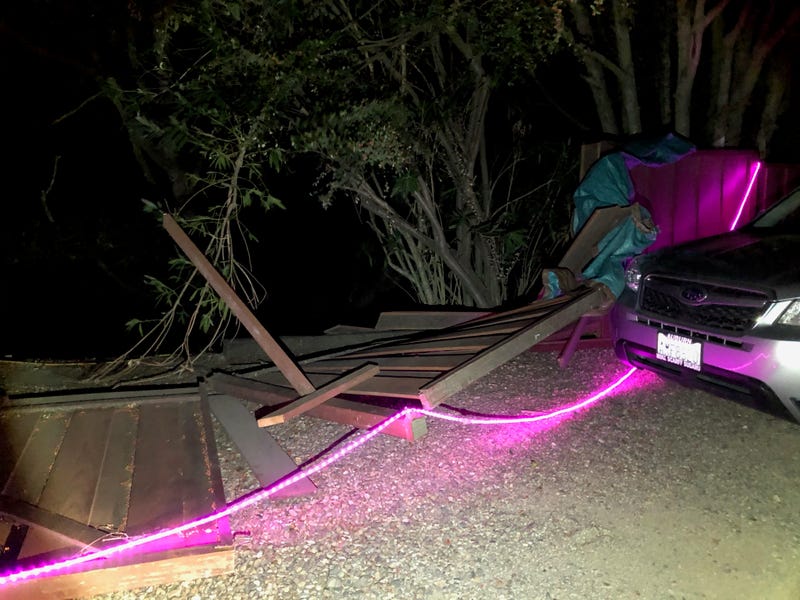 “The peak wind gusts are kind of behind us, but the wind is still strong, it’s still offshore, it’s still very dry out there,” said Dave King, forecaster with the National Weather Service, warning that the fire danger had not yet passed.

Relative humidity across the Bay Area was in the single digits to low teens overnight and the strong winds are expected to stick around through Tuesday, so a Red Flag Warning is in effect for the entire region through then.

However, PG&E anticipates that conditions will improve enough that they can call a weather all clear sometime Monday and begin restoring service to some of the roughly one million people without power by the evening.

About 76,000 PG&E customers in the Bay Area lost their power Sunday before the strong winds hit, with every county affected except for San Francisco. Nearly 35,000 customers have lost power in the North Bay and another 31,000 customers are impacted in the East Bay. There are roughly three people for every one PG&E customer.

“What we do every day is just continue to monitor the forecasts, we come up with high level estimates as to where we believe those geographic danger zones are going to be and then we start the notification process. It’s better to be safe than sorry,” said PG&E senior director Mark Quinlan.

On Friday morning, PG&E was still trying to restore power to all the customers in the dark from last Wednesday’s PSPS event.