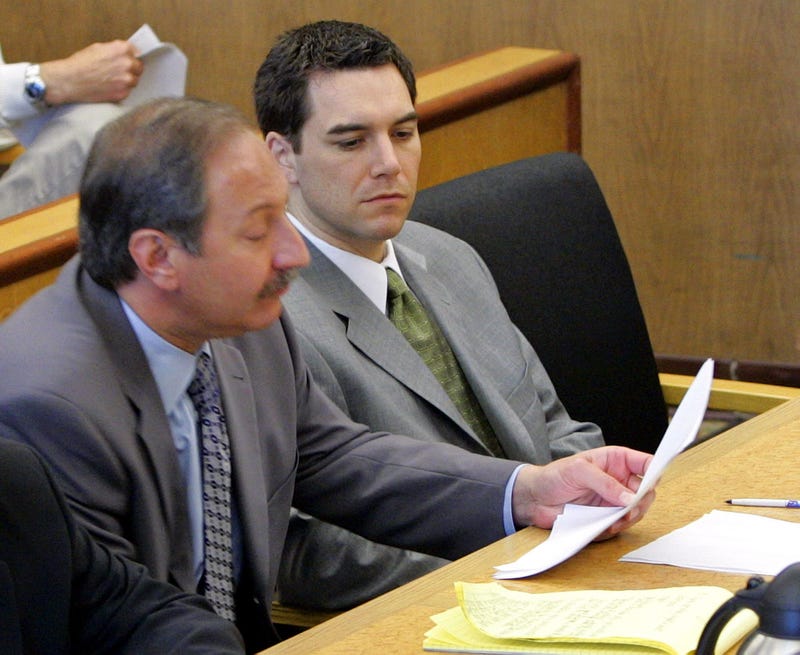 A California judge is deciding whether convicted murderer Scott Peterson should receive a new trial in connection with the 2002 death of his wife and unborn child.

In a San Mateo Superior Court filing, the Stanislaus County District Attorney’s Office said it won’t seek the death penalty after speaking with the family of Laci Peterson.

Family members said they’re convinced her husband, Scott Peterson, killed her and their unborn child, but they don't want to pursue the punishment because "the process is simply too painful to endure once again."

Peterson was convicted in 2005 following the Christmas Eve disappearance of his pregnant wife in 2002. Her body was recovered in the San Francisco Bay a year later.

Peterson's death sentence was thrown out last year by the state Supreme Court based on juror misconduct.​

Superior Court Judge Anne-Christine Massullo said she will now have to decide whether to grant Peterson a new trial. If not, he will be sentenced to life without parole.

"There are two paths that this case could take and it all depends on the determination of the habeus, which is yet a separate proceeding," Massullo said. "But with respect to the habeus, if the court grants habeus relief, it’s a completely new trial."

Another hearing is set for June 18.