Hundreds of people gathered in San Francisco’s Castro District Friday night to mourn the death of Supreme Court Justice Ruth Bader Ginsburg and pay homage to her impact on the LGBTQ community.

Within hours of the justice’s death, people took to the street in the heart of the Castro. 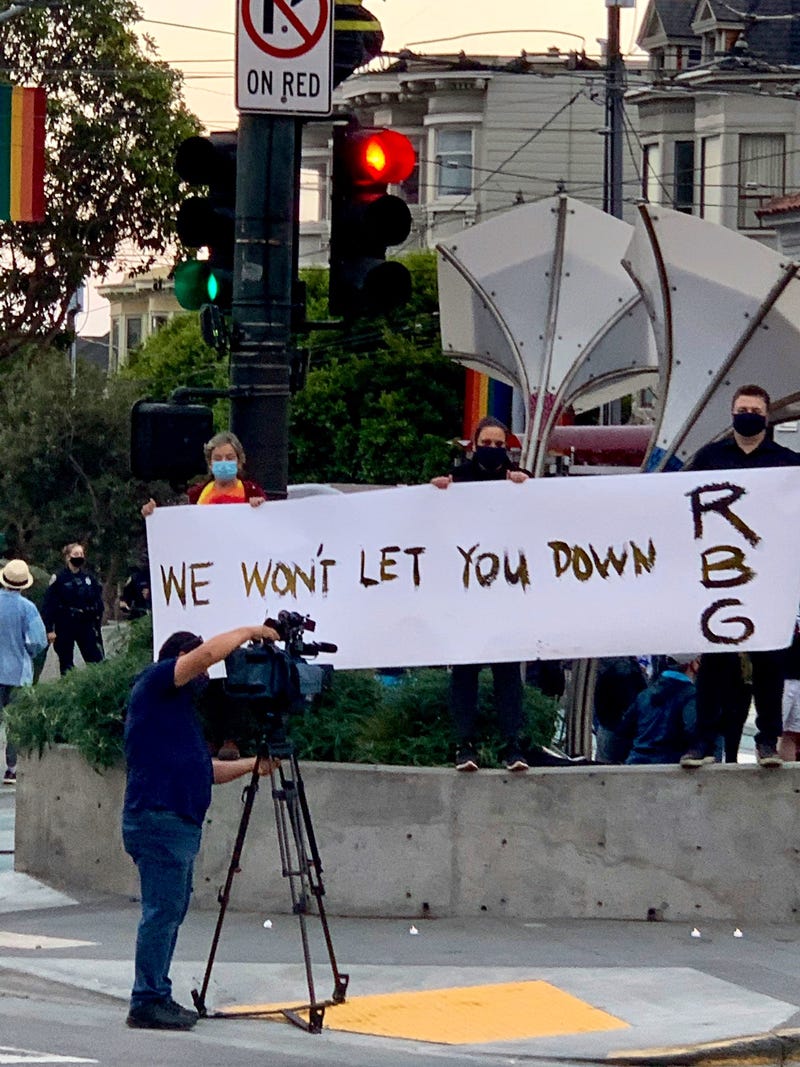 Vigil for RBG tonight at 7 pm at Harvey Milk Plaza. Bring a candle, and wear a mask.

Mandelman told KCBS Radio that the gender equality <a href="https://www.audacy.com/kcbsradio/news/local/ca