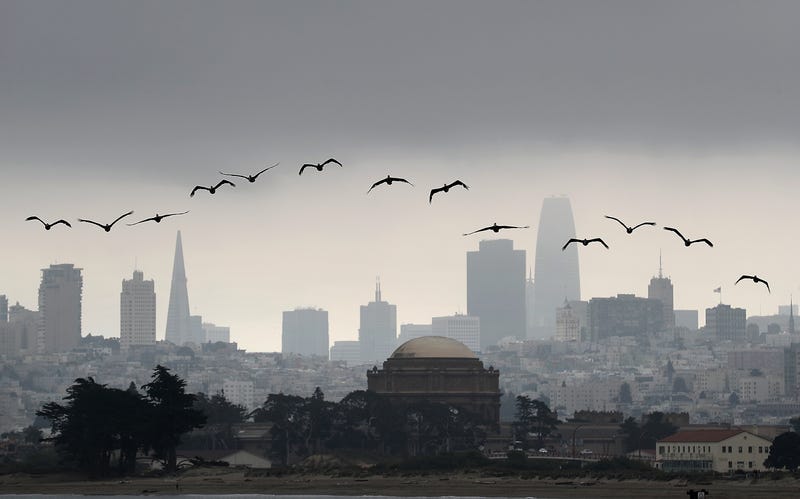 Mark Twain never said, "The coldest winter I ever spent was a summer in San Francisco."

Had he been in the city on Monday, he might’ve wanted to.

San Francisco reached a maximum high temperature of 57 degrees on Monday, which the National Weather Service said tied the record low for July 12. The record was first set in 1899, then last matched in 1912.

The agency said San Franciscans had the marine layer to thank for Monday's unseasonably cool weather.

Put another way, the marine layer 🌬️ has quickly made its way inland, helping to cool off much of our inland sites in the Bay Area following this past weekend's heat event. Our friends at @NWSSacramento are still dealing with some hot temperatures this afternoon. #Caheat #CaWx https://t.co/SEhRbdrzCk pic.twitter.com/QG2nptBFQJ

Temperatures aren't expected to be much warmer on Tuesday, with San Francisco projected to reach a high of 62 degrees.

The once-in-a-century temperatures Monday were a far cry from the increasingly hot weather San Francisco and the Bay Area have become accustomed to.

Heat waves last weekend and last month approached and, in some cases, broke records in the region. Much of California dealt with hotter temperatures, too, with Death Valley reaching 130 degrees on Saturday.

Last year was the planet's hottest on record, according to the National Oceanic and Atmospheric Administration, as the globe grapples with the consequences of climate change.