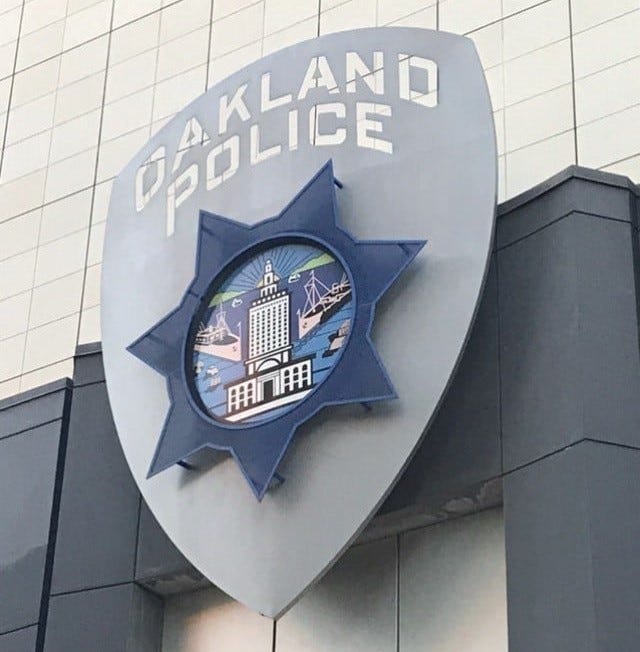 Oakland's 100th homicide for this year was also the 10th homicide in the city in the last seven days. Photo credit Oakland Police Department Facebook
By Natalia Gurevich, KCBS Radio

On Monday, the city of Oakland suffered its 100th homicide this year.

Amidst the crisis, the Oakland Police Officers' Association is laying blame on the city’s councilmembers that have supported the recent initiatives to defund the police, calling for creating new police academies instead.

"How about this strategy; support your hardworking police officers and act against violence," said Donelan.

According to Donelan’s statement, the police department's current sworn staffing is at 694, the lowest it's been since 2014, and the city is still losing about 10 officers a month.

The 100th shooting happened Monday at about 10:40 am, after a call came into 911 reporting gunshots near the BART Station located at 7200 San Leandro St.

When officers arrived on the scene, the victim had suffered from 5 gunshot wounds to the upper torso and did not survive the injuries.

The 100th homicide for this year was also the 10th homicide in the city in the last seven days, it has been thirteen years since Oakland last recorded its 100th homicide by September, and this time last year, there were 70 homicides.