An orphaned mountain lion cub - nicknamed "Captain Cal" for the firefighter that saved him from a wildfire near Redding - is making progress on his long road to recovery at the Oakland Zoo.

In new video posted by the zoo, "Captain Cal" is seen drinking what looks to be formula with heavy bandages on his feet. Staff tweeted that he "remains bright and active, and has a great appetite. We are working as hard as we can to improve his condition!"

Captain Cal update: this bright and feisty orphaned mountain lion rescued from the #ZoggFire still has a long road to recovery.

Daily, our Vet Hospital staff changes the bandages on his feet.

The cub suffered severe burns to its paws in the Zogg Fire, and even had its whiskers singed off from the intense flames. A CAL FIRE firefighter found the cub wandering by itself last month, saving it from further injuries and possibly death. "Captain Cal" eventually made his way to the Oakland Zoo by way of the California Department of Fish and Wildlife, where a team of veterinarians are nursing him back to health.

Given the young cub’s size and age, staff estimated it was too small to be released back into the wild at this time. "Captain Cal" is the 13th mountain lion cub rescue to arrive at the Oakland Zoo through its partnership with CDFW. 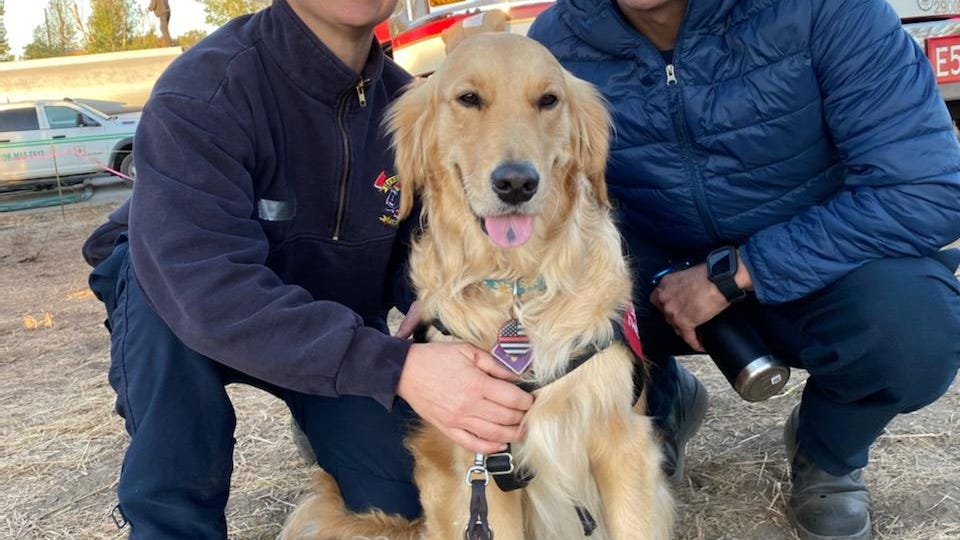