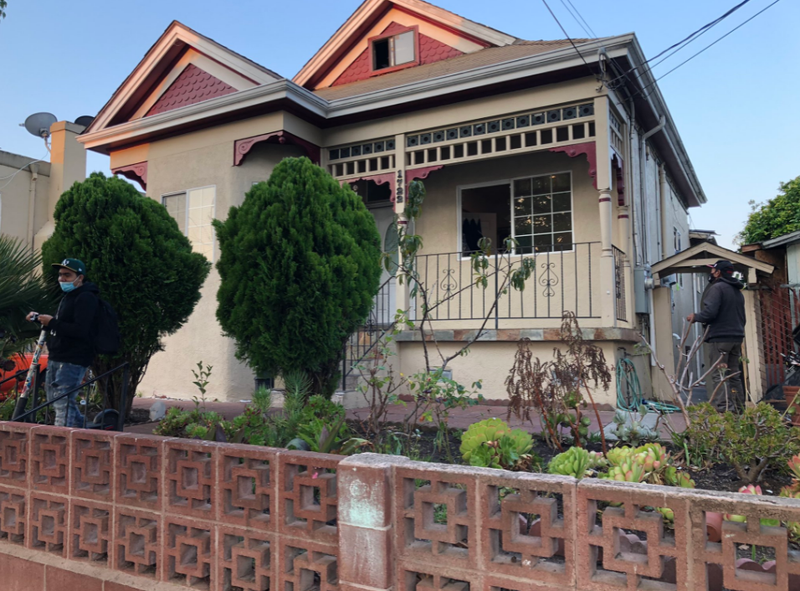 A woman and her son are being held on $545,000 bail following an early-morning standoff in Berkeley on Tuesday, in which responding officers used a drone to fly inside a house to search for a possible gunman.

The Berkeley Police Department told Berkeleyside that Dameris Alcala, 59, and Oscar Areas, 35, were arrested Tuesday morning after discovering a loaded, unregistered handgun in their home at 9th St. and Virginia St. in West Berkeley. Alcala and Areas were each arrested on suspicion of five gun-related felonies and one misdemeanor, according to Alameda County Sheriff's Office booking records.

The standoff started just after 10 p.m. Monday when police were called to reports of gunfire in West Berkeley, finding shell casings in front of a house at the house. Officers surrounded the house and convinced residents to come out.

"We're speaking to the people involved trying to figure out who it was that caused the gunfire," Berkeley Police Spokesperson Byron White told KCBS Radio. White said, at one point, tactical officers used a drone from the Alameda County Sheriff's Office to search inside the house. The window that officers flew a drone into. Photo credit Matt Bigler/KCBS Radio

"Those drones allow us the ability to fly inside the residence and try and visualize if there's anybody else inside there before we actually go into the residence ourselves," he explained.

Berkeley police told Berkeleyside that Alcala told responding officers she fired the gun, but said officers concluded she told them as much in order to prevent her son from going to jail. Alcala and Areas are convicted felons, police told the outlet.