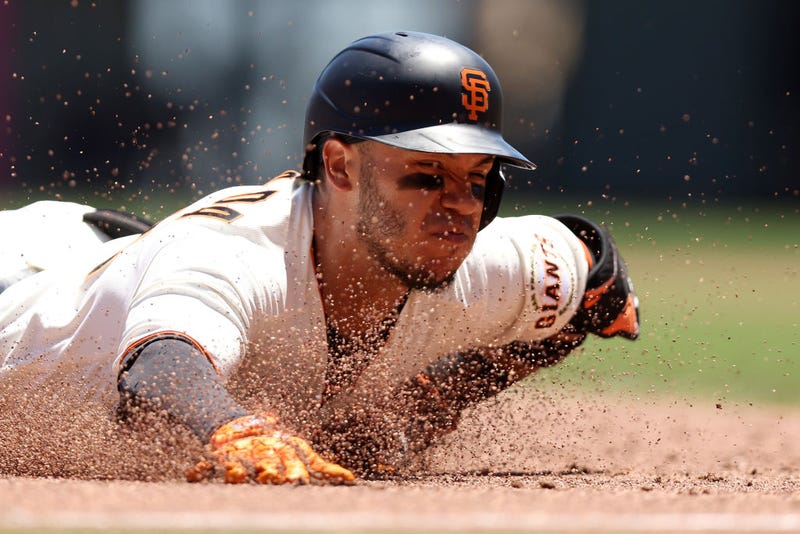 Thairo Estrada #39 of the San Francisco Giants slides in to third base for a triple that scored a run in the second inning against the Colorado Rockies at Oracle Park on June 09, 2022 in San Francisco, California. Photo credit Ezra Shaw/Getty Images
By Kathy Novak, KCBS Radio

SAN FRANCISCO (KCBS RADIO) – Businesses across California have found unique ways to respond to the ongoing drought, with San Francisco's baseball team proving no exception to the unwritten rules of water.

"You can feel like now we're on the infield skin right? Hear the crunch?"

Greg Elliott takes the stuff under our feet very seriously. He's Director of Field Operations at Oracle Park, home of the San Francisco Giants. "I take a lot of pride in what I do — obviously," he said.

A lot goes into maintaining this playing field.

"Water is one of the most important aspects of my job and managing it appropriately," Elliot told KCBS Radio.

In an effort to conserve water during this historic California drought, he's installed sensors in the soil and switched up the infield mix to cut down on the need for watering by more than 33%. 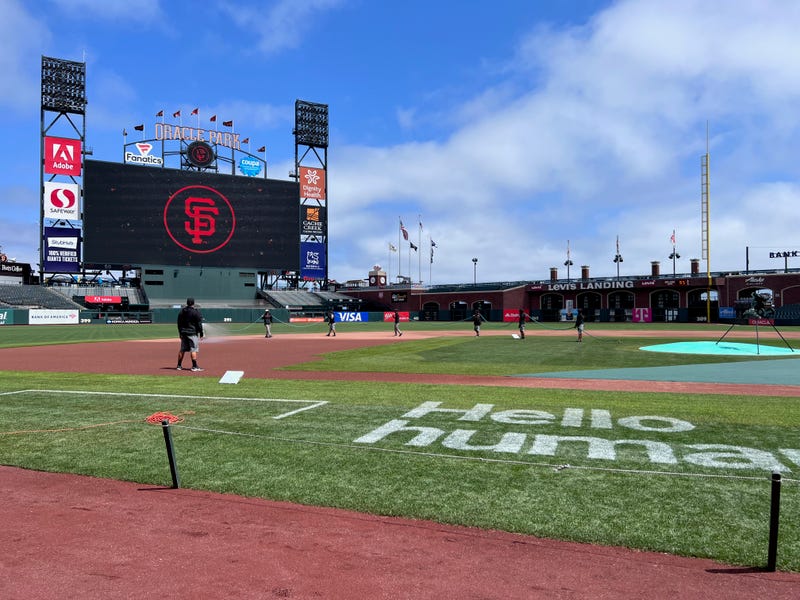 So when the Giants are on the road, they cover it up.

"We've put something on it (during) concerts to prevent things from getting down over it and we've seen benefits from it," he said. "But now we're just believing that it's the right thing to do moving forward. Part of that is the restrictions, part of that is also playability for the baseball team. Because it's going to provide a better end product and more consistency...and it's going to lessen our environmental impact."

They're also moving away from pressure washing the entire stadium after every game. "We are getting more creative," Elliot said, standing on the field at Oracle Park. "We are figuring out ways to spot clean different areas and maybe wash half the facility one night and then the other half the other night, and we're not seeing an uptick in complaints about cleanliness." 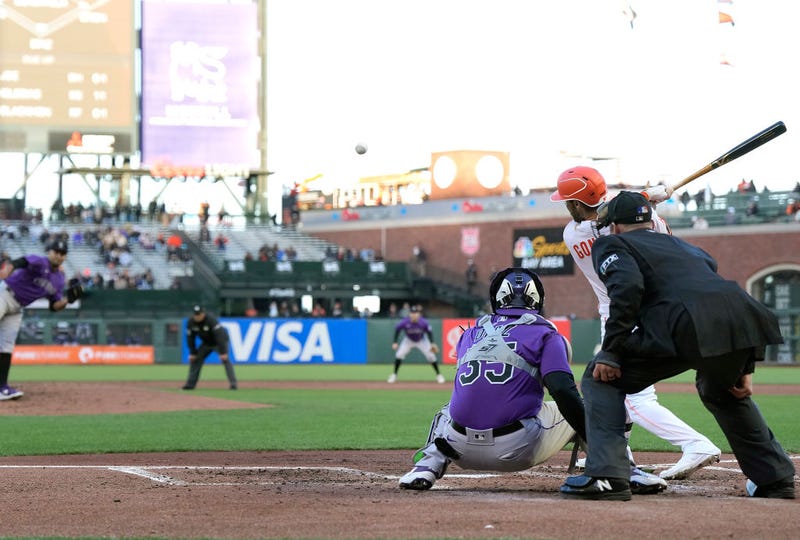 Luis Gonzalez of the San Francisco Giants hits an RBI infield single against the Colorado Rockies in the bottom of the second inning at Oracle Park on May 10, 2022 in San Francisco, California. Photo credit Thearon W. Henderson/Getty Images

He said the fans get it.

The Giants want to set an example for how everyone can cut down on their water use and be a model for other teams. "We want to be on the forefront of this," he added. "We're trying to change the industry for the better." 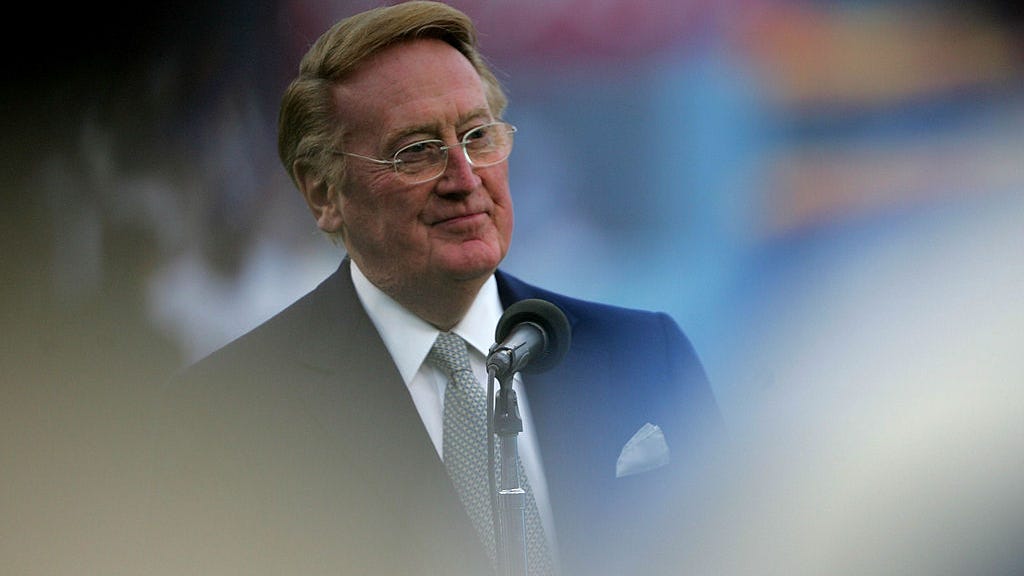