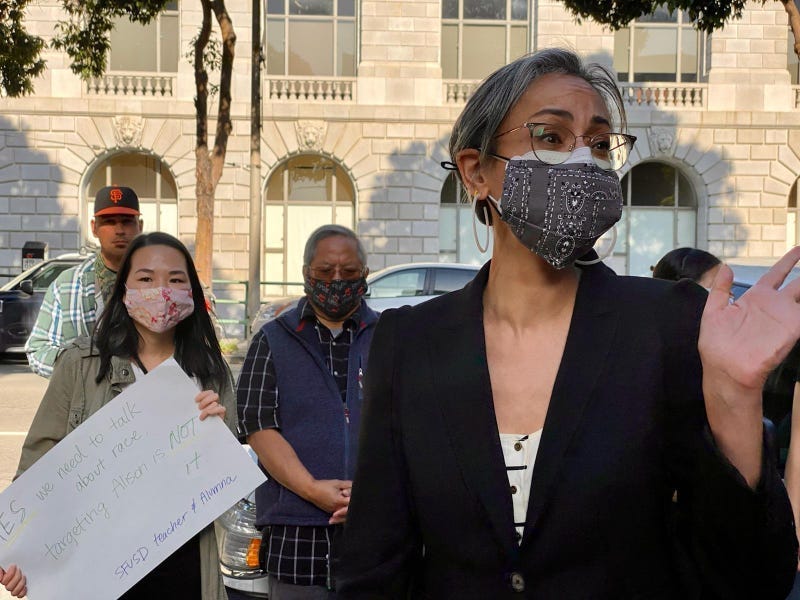 Three members of the beleaguered San Francisco school board will face a recall election the day after Valentine's Day.

The San Francisco Department of Elections on Monday certified the petitions seeking the recall of Board of Education President Gabriela López, Vice President Faauuga Moliga and former vice president Alison Collins, and voters will determine their fates in a recall election on Feb. 15, 2022. Recall organizers said last month they submitted at least 77,000 signatures for all three board members, needing just over 51,000 for each.

Next February's recall election will be San Francisco's first since then-Mayor Dianne Feinstein overwhelmingly retained her seat in City Hall in 1983. Organizers celebrated making "history" in a tweet on Monday.

WE DID IT
The school board recall qualified for the ballot!!!

The election to recall Commissioners Lopez, Collins & Moliga is scheduled for Feb 15, 2022.

A grassroots community of over 1000 parents, teachers and residents made SF history today!https://t.co/eCxVxkTQF8

The board faced criticism from some parents while San Francisco public schools remained closed for in-person learning during much of last school year due to the COVID-19 pandemic, as well as their since-reversed efforts to rename 44 schools and the decision to end Lowell High School's merit-based admissions system following calls following students' criticism of ongoing racism.

Two committees to recall the trio raised nearly $62,000 in small contributions, according to the San Francisco Ethics Commission. Venture capitalists Arthur Rock ($49,500), David Sacks ($49,500) and Garry Tan ($10,099) were the top donors to one of the committees.

Sacks has donated $75,000 to a committee aiming to recall San Francisco District Attorney Chesa Boudin, while Tan has donated $50,500 to two such committees, according to city records. Sacks also donated $130,000 to committees supporting the recall of Gov. Gavin Newsom, who retained his position in last month's recall election.

Mayor London Breed would be able to name replacements for any of the recalled board members, all of whom would’ve been up for re-election next November.

The United Educators of San Francisco, a union representing 6,500 school district employees, criticized the estimated $8 million cost to hold a special election and the decision-making power a successful recall would give the mayor.

"We need an independent board that will fight for the resources our students deserve, not a board beholden to City Hall," union president Cassondra Curiel wrote in a statement. "The distraction of a special recall election with potential mayoral appointments is NOT what our students and educators need most at a point of real crisis for our classrooms."

SF students and communities deserve a democratically elected school board, not one that serves at the pleasure of whoever is the mayor. It has been extremely controversial and unproductive in cities where mayoral control exists, such as Washington D.C. https://t.co/Ym8g9kdQz7 pic.twitter.com/dbT4h4vwzv

Last month, Collins dropped an $87 million lawsuit against the board and the San Francisco Unified School District alleging her civil rights were violated when she was removed as vice president and stripped of district committee assignments after recall organizers unearthed a 2016 Twitter thread about Asian Americans. Collins had said the tweets were taken out of context, and a judge dismissed the case in August.

Joaquin Torres, Breed’s appointed successor to City Administrator Carmen Chu as Assessor-Recorder, will also be on the ballot in a citywide election for the position. Breed appointed Chu and Torres to their roles earlier this year. 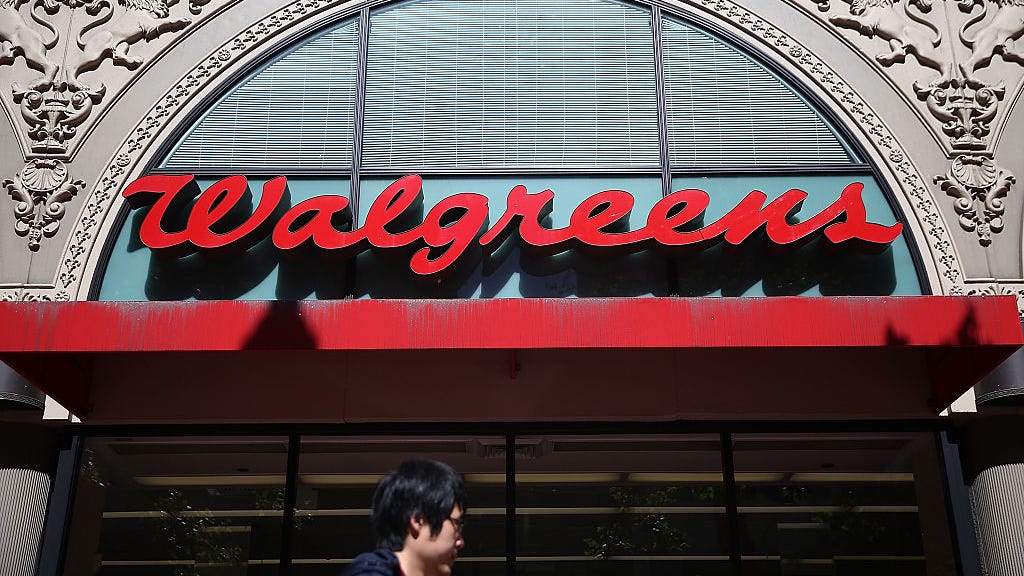