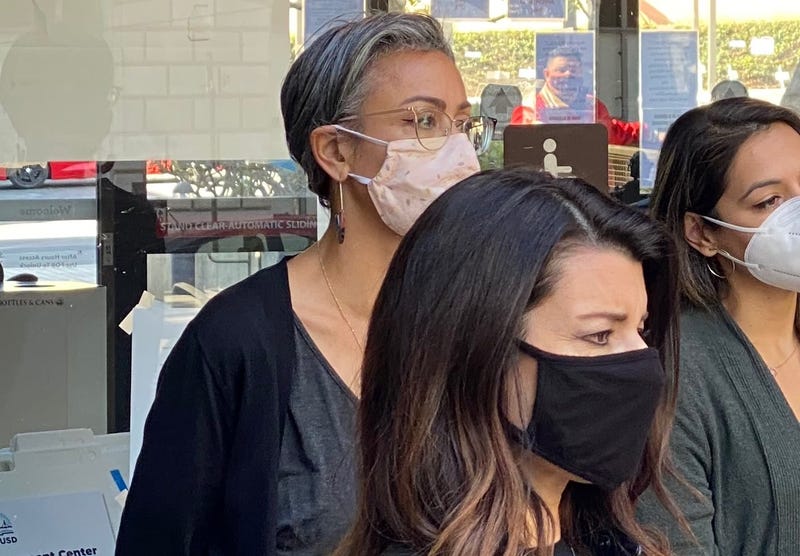 Amid a surge in racial violence against Asian Americans in the Bay Area and across the country, a San Francisco school board member is under fire as a series of questionable tweets from 2016 have come to light.

Alison Collins, the board's vice president, wrote Saturday that the tweets being highlighted have been "taken out of context."

A number of tweets and social media posts I made in 2016 have recently been highlighted. They have been taken out of context, both of that specific moment and the nuance of the conversation that took place. https://t.co/oHDSZojGFc pic.twitter.com/ZoTdCBJv6f

In a Medium post titled "What Matters Most," Collins said when she authored the tweets, one of her daughters had recently experienced an incident at school "in which her Asian American peers were taunting her Latinx classmate about 'sending kids back to Mexico' and the KKK."

Collins said what matters most right now is the pain the Asian American community is going through. She also discussed the impact of the election and words of former President Donald Trump.

Collins, who was elected in 2018, wrote a Twitter thread in December 2016 saying that she was "looking to combat anti-black racism in the Asian community at my daughters' mostly Asian Am school." 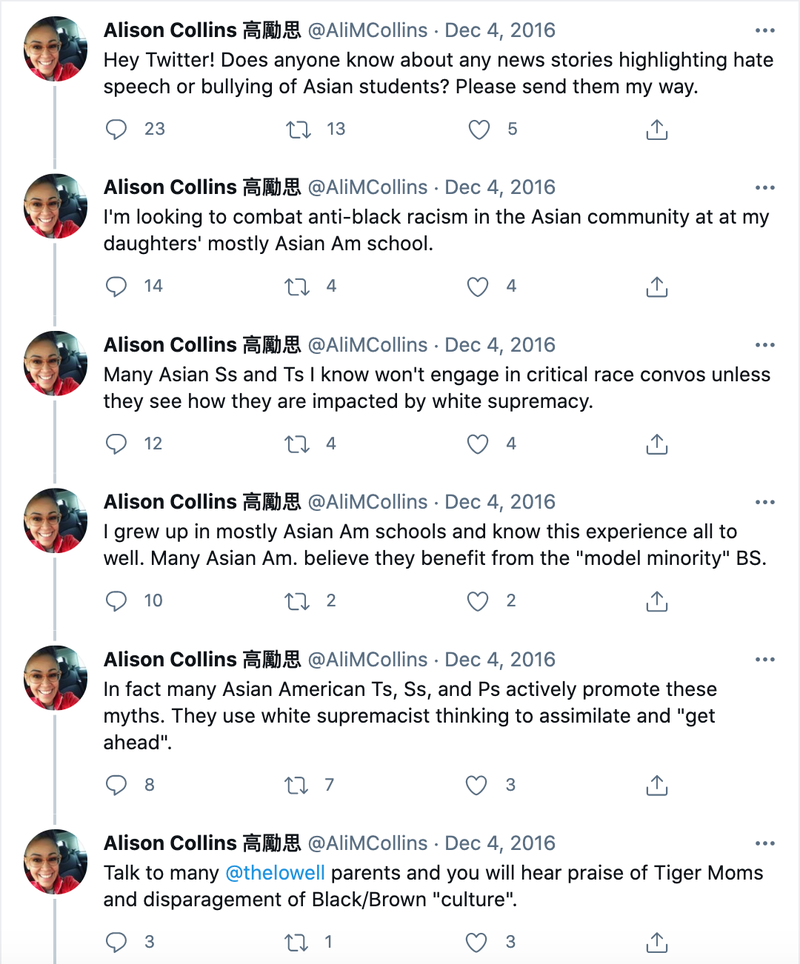 Collins, who is Black, continued: "Many Asian (students) and (teachers) I know won't engage in critical race convos unless they see how they are impacted by white supremacy."

"Many Asian Am. believe they benefit from the ‘model minority’ BS," she added. "In fact many Asian American (teachers), (students) and (parents) actively promote these myths. They use white supremacist thinking to assimilate and ‘get ahead.’"

Collins went on to describe a previous incident in which her "mixed-race/Black daughter heard boys teasing a Latino about ‘Trump, Mexicans and the KKK.’ The boys were Asian-American. She spoke up when none of the other staff did. The after school counselor was Asian." 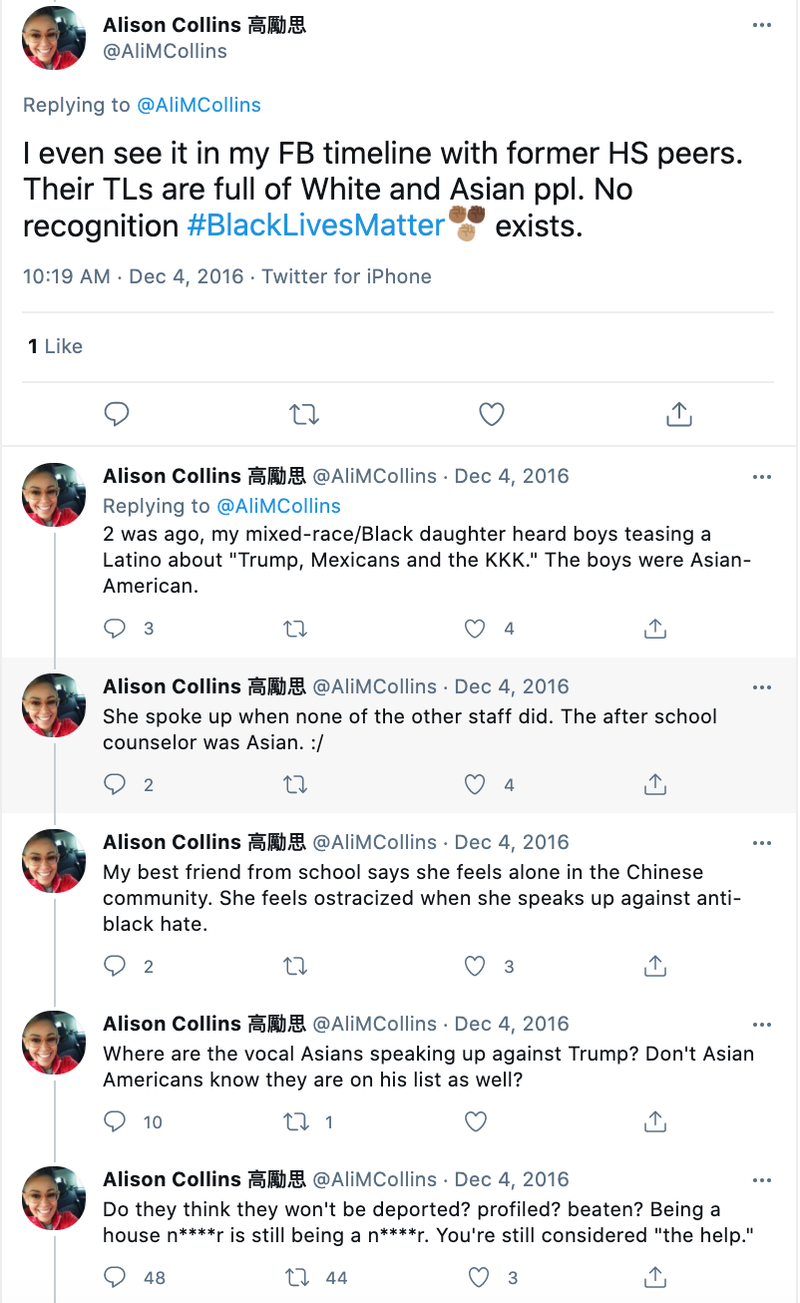 The long series of tweets were shared Thursday by a group called "Recall SF School Board."

Recall SF School Board has also criticized the Board of Education’s move to change the names of 44 San Francisco schools, a decision the subject of a lawsuit filed Thursday.

"I'm an Asian American and I'm sending my kids to the same school district and it's just very, very troubling to now realize that she seems to hate them," Recall SF School Board's Siva Raj told KCBS Radio.

KCBS Radio has reached out to Collins and Lopez for this story but has not yet heard back. Collins did, however, text an earlier statement on the tweets to the San Francisco Chronicle: "I’m not going to comment on social media posts from five years ago. I’ve been heartbroken seeing the escalating violence against my Asian-American brothers, sisters and siblings. What has been even more upsetting is seeing the ways that the media often erase the true nature of the problem."

Collins also posted a lengthy statement to Facebook on the media’s handling of the deadly shootings in Atlanta this week. 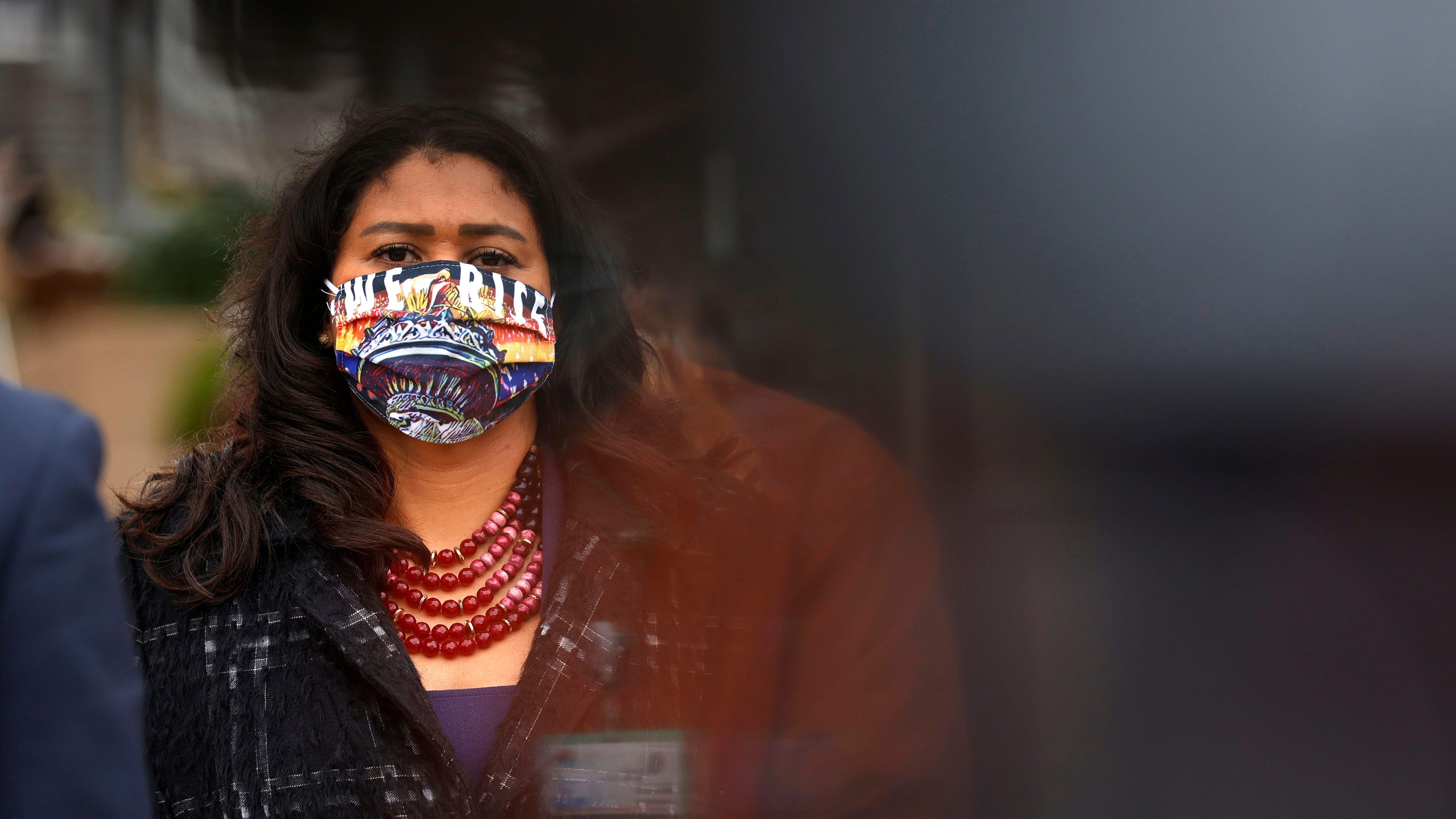