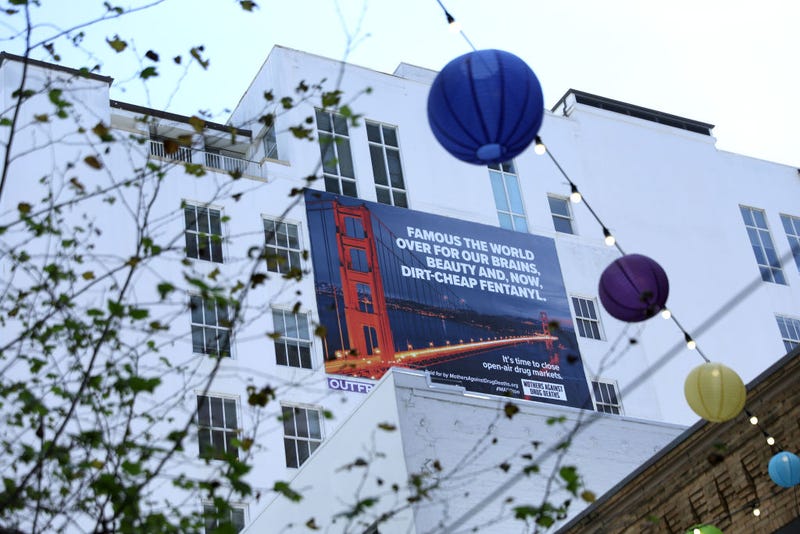 A new controversial billboard that warns against fentanyl is posted on the side of a building near Union Square on April 04, 2022 in San Francisco, California. Photo credit Justin Sullivan/Getty Images
By Kathy Novak and Natalia Gurevich, KCBS Radio

SAN FRANCISCO (KCBS RADIO) – As San Francisco continues to grapple with the influx of fentanyl in the city, spiking overdose deaths and making its way into other narcotics, city officials are advocating for a safe injection site more than ever.

While the crisis has been unfolding though, some drug users looking for a safe space have been turning to the Tenderloin Center that opened earlier this year.

The center, which was originally called the Tenderloin Linkage Center, was originally intended as a place to help connect people struggling with substance abuse with services and resources.

Mayor London Breed opened the center as a way to help combat the state of emergency she declared in the Tenderloin, with the primary goal – according to the San Francisco Department of Public health – to reduce fatal overdoses.

According to the department, 78 overdoses have been reversed there since January – and likely many more through the Narcan distributed at the center.

But as time went on, the services aspect of the space has diminished, going so far as for the "Linkage" to be dropped from the name, according to reporting by the San Francisco Standard.

In the four months since the center has been open, very few of those who come there are actually being connected to services, the outlet reported.

Instead, the space has emerged as an unofficial "safe consumption" site, for people to inject drugs in an environment that will keep them from harm, according to the outlet.

However, according to SFDPH, which declined KCBS Radio’s request for an interview but said in a statement that data collected from people using the center show "most (people) are seeking basic services and a social or safe space."

The statement did add that, "Because we serve many people who use drugs, the site design, staffing, and set-up allow guests to be observed for safety at all times while respecting guest privacy. For example, staff routinely and respectfully check on people using private spaces."

The decision to change the center's name was made to "reflect the broad array of services that the site provides, from showers, laundry, and hot meals; to community; to referrals to services like housing and treatment," said the statement.

The center's potential evolution as a "safe consumption" site is a legal gray area, as federal and state law still considers these sites illegal, according to the San Francisco Standard.

But if one California Senator has his way, that may no longer be an issue next year.

"These centers have been operational around the world for about 30 years in Europe, Canada and Australia," said Sen. Scott Wiener, who introduced a bill to allow a safe injection site in San Francisco. "Not a single person has ever died or overdosed in one of these centers."

"Literally zero people," he said. "The syringe litter goes down in the surrounding communities as people are no longer using on the sidewalk, HIV and hepatitis infections go down, and crime levels either stay the same or go down a bit."

The legislation would authorize centers to open in Los Angeles and Oakland as well as San Francisco. "All three of these cities have asked us for authorization," said Wiener.

The bill has passed in the State Senate, and is now being considered by the State Assembly. If passed, it could go into effect in January.

"Safe consumption sites are one of the interventions that helps keep people alive," said Wiener. 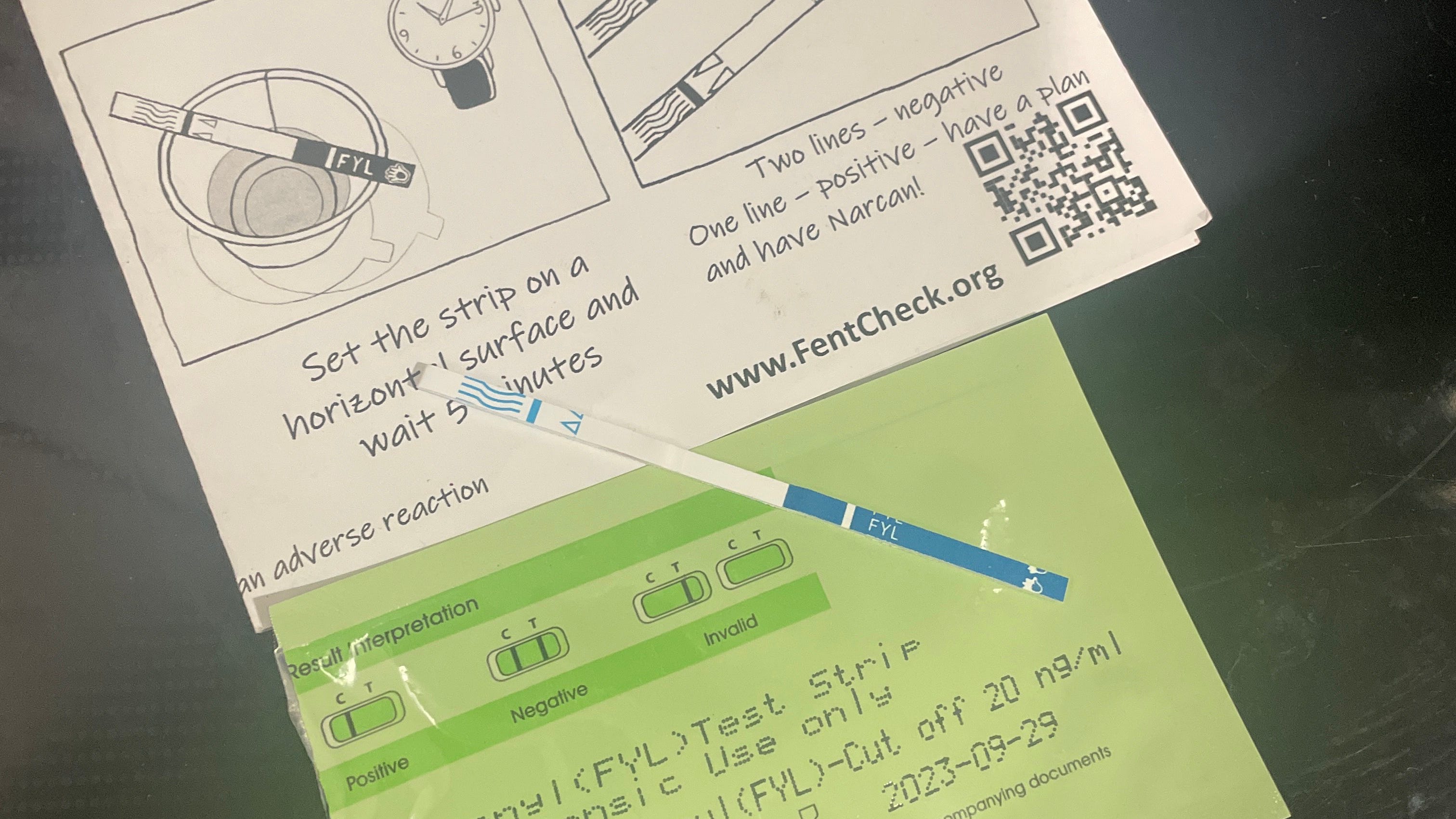