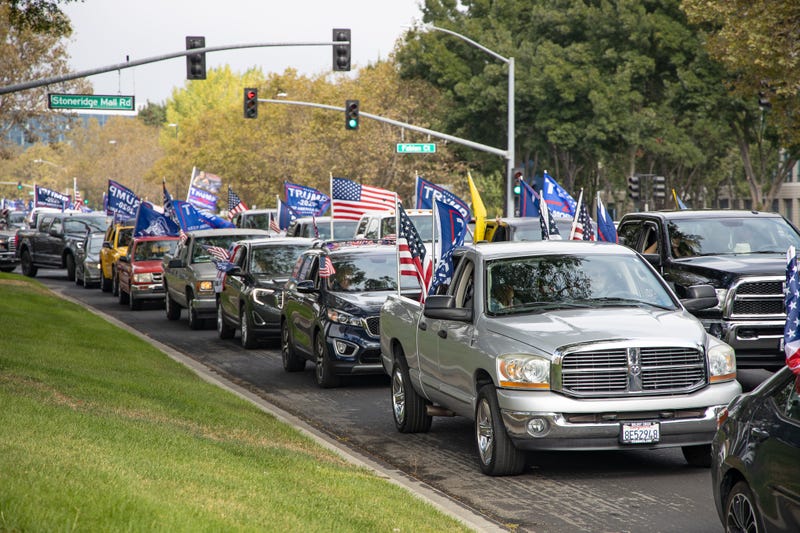 The parking lot at Stoneridge Mall was packed Saturday morning with trucks decorated with American flags, Trump flags and even some Confederate flags.

The caravan of supporters of President Donald Trump started slowly filing out of the mall at about 11:30 a.m. to drive to Livermore.

David O'Brien said this was his first time attending an event like this.

"I’ve been following Trump for a while, but now I feel like the silent majority is no more," he told KCBS Radio. "This is so many more people than I expected." 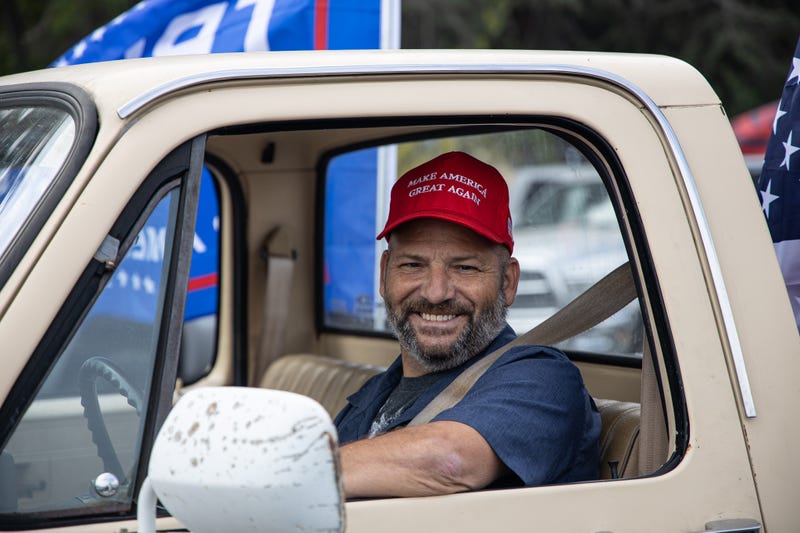 Organizers estimate that about 2,000 to 3,000 vehicles showed up from around the Bay Area, including Suzy West and her parents, who live in Brentwood.

"We want him to have four more years," she said.

West said that her parents immigrated from El Salvador.

"When they came to this country, they wanted to become American citizens," she told KCBS Radio. "From the moment they became that, they have been proud, proud Americans. We don’t want anyone coming here illegally."

Michael Plaza came with his grandpa, and was surprised by the turnout.

"I was expecting to see a much smaller crowd of Trump supporters, and much less people driving in cars and much more people gathered closely on foot, but that’s nice that they’re respecting coronavirus rules," he noted. 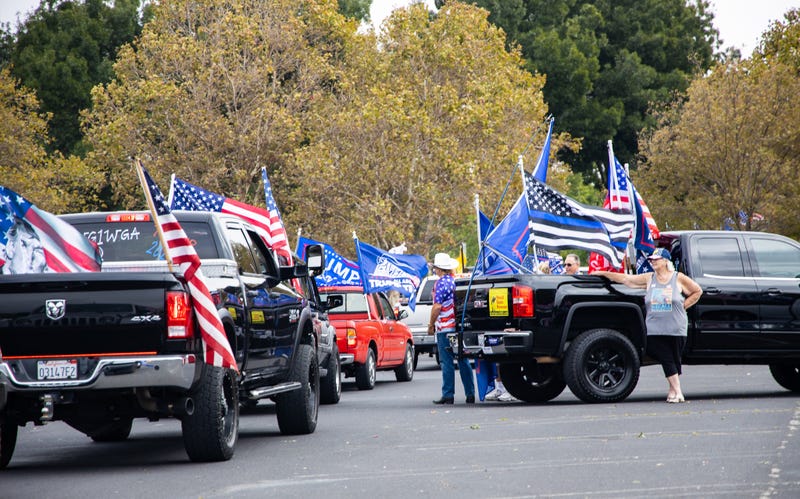 Organizer Ron Read said other Trump supporters have told him that they feel isolated in the Bay Area, and he wanted to create a space for them to feel heard.

"We’ll just show we're here, we support our president and there are more of us than you know," he added. 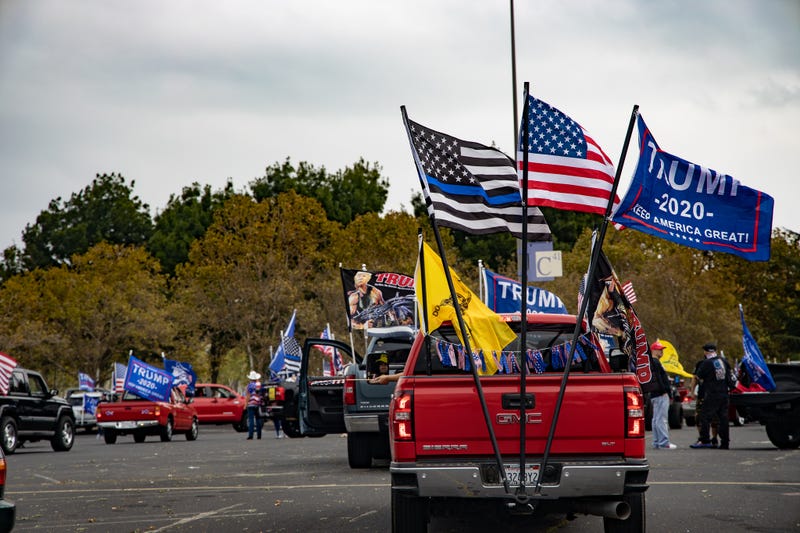 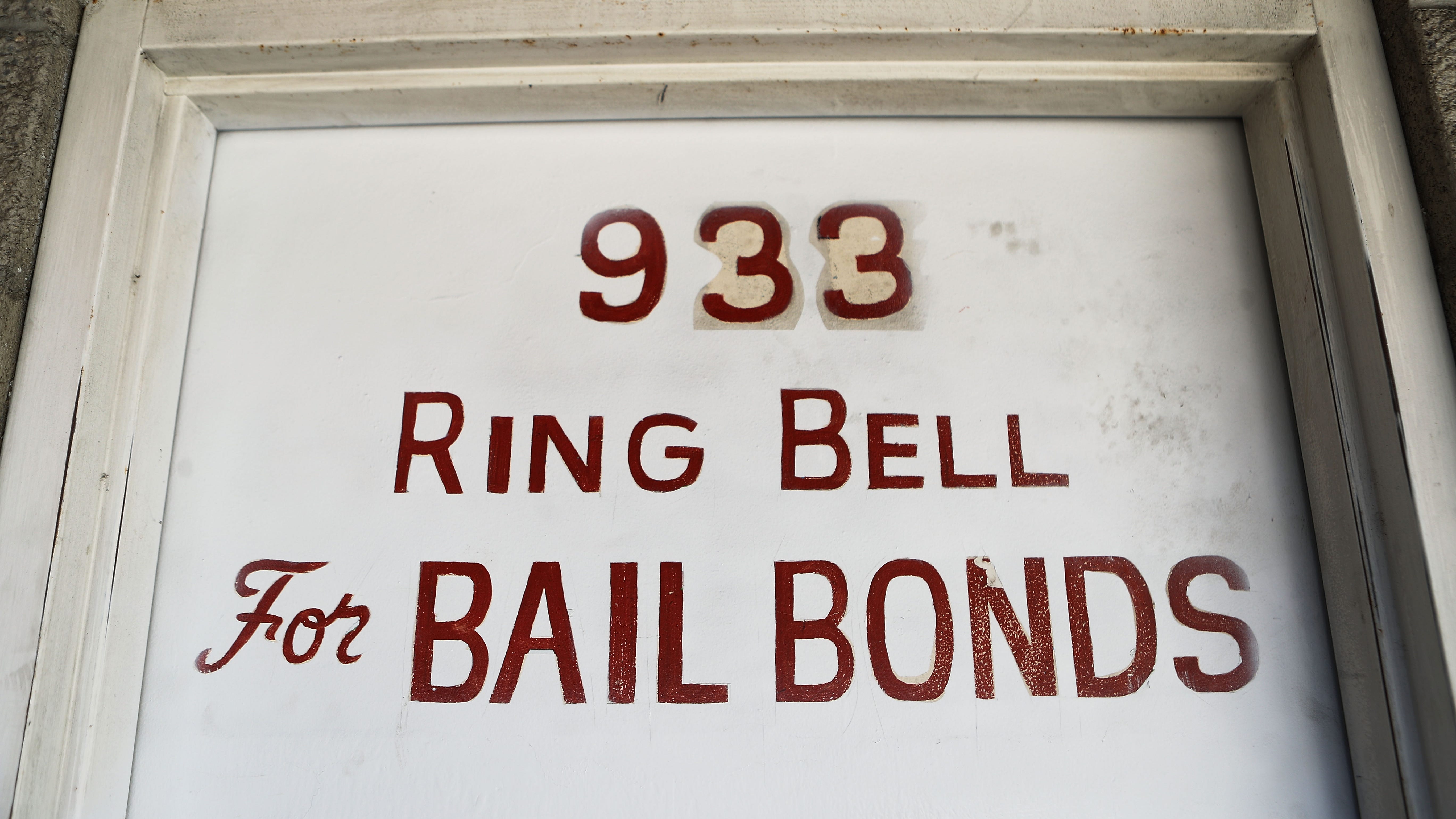