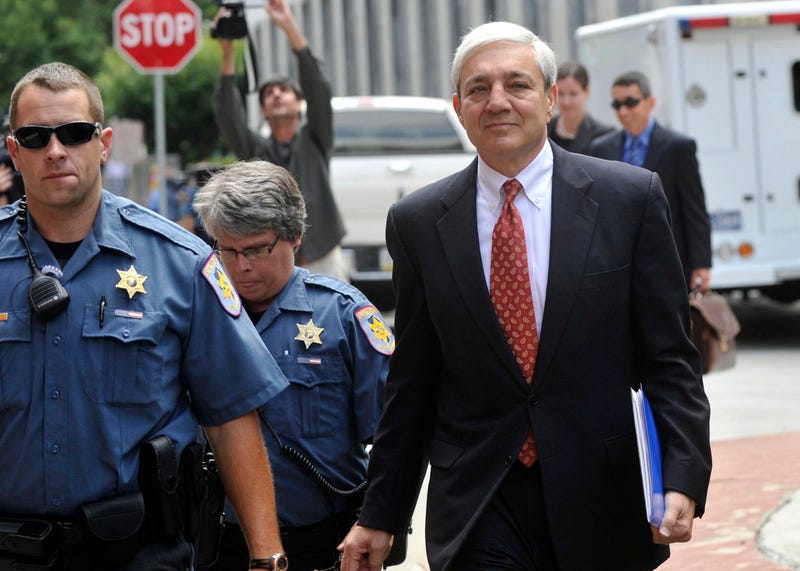 Attorney General Josh Shapiro announced the decision Wednesday, a day after U.S. Magistrate Judge Karoline Mehalchick ruled Spanier was improperly charged under a 2007 law for actions that occurred in 2001.

Mehalchick gave Shapiro's office three months to retry Spanier, who had been convicted for how he responded in 2001 to a complaint about former assistant football coach Jerry Sandusky showering with a boy.

Spanier was forced out as president shortly after Sandusky's arrest in November 2011.

The 70-year-old had been scheduled to begin serving two months in jail Wednesday.