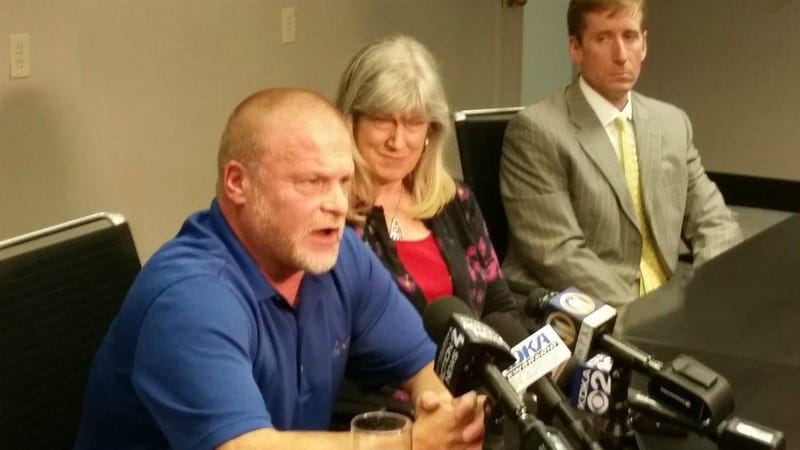 PITTSBURGH (Newsradio 1020 KDKA) – A former Ellwood City man who was abused by his family priest 40 years ago is pushing Pittsburgh Bishop David Zubik to work for an end to the statute of limitations in child sex abuse cases in Pennsylvania.

Dennis McKeown, 55, says he met for about an hour Thursday with Bishop Zubik and was told the Bishop favors ending the statute of limitations.

“It’s extremely hopeful as a victim that we might actually see that. And to know that the Bishop supports that. For me, that’s a hopeful day.”

McKeown sat next to his wife Candy and attorneys Robert Peirce and Aaron Rihn. He says he has not filed any monetary claim against the diocese. He says his aim is justice for victims.

“And the only way I can get that is actually getting laws changed, for the protection of children and for us victims to hopefully get some healing.”

A statement from Bishop Zubik is response to the meeting reads:

“Bishop David A. Zubik has publicly supported certain reforms of the Pennsylvania statutes of limitations for child sexual abuse since at least June of 2016. They include:

A ban on non-disclosure agreements in settlements concerning child sexual abuse. The Diocese of Pittsburgh has not made or enforced such agreements since 2002.

Clarification and strengthening of the Pennsylvania mandated reporting statute for child sexual abuse.

Modifications to the statute of limitations to extend the number of years that people have to bring lawsuits seeking monetary damages for child sexual abuse, provided that the new law would apply equally to all individuals, to both private and public institutions, and that it be prospective in nature.”

Listen below for Dennis McKeown and  Robert Peirce with Marty and Wendy: