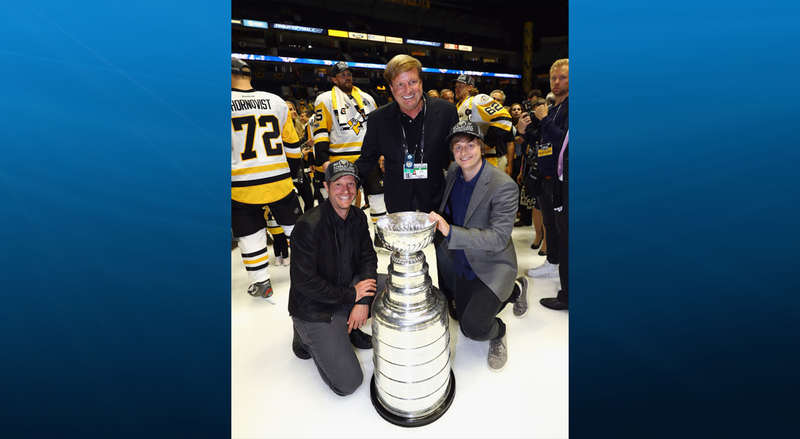 “It is with the deepest regret and sadness that we announce the death of Andrew C. Burkle on January 6, 2020 in Beverly Hills, California,” his family said in a statement to People. “He is deeply loved by his family and friends and will be greatly missed.”

His father is founder and managing partner of The Yucaipa Companies investment firm, a co-owner of the Penguins, an investor Sacramento's Major League Soccer team and holds numerous other positions.

Andrew Burkle’s biography on the entertainment industry database website IMDb identified him as a producer and actor with several credits.

The Beverly Hills Police Department said in a statement that police and fire personnel responded at 7:26 p.m. Monday to a report of an unconscious man at a residence and determined he was dead.

The death investigation was referred to the Los Angeles County coroner’s office, according to the police statement, which did not identify the man.

“Andrew Charles Burkle (DOB: 10/27/93) was found unresponsive in his Beverly Hills home on Jan. 6,” the coroner's office statement said. "Authorities were called and Burkle was pronounced dead at the scene at 19:31 hours. An examination is pending.”

In addition to his father, Burkle is survived by his mother and two siblings.

It says Ron Burkle rushed to the scene yesterday with police.

No word on the cause of death.