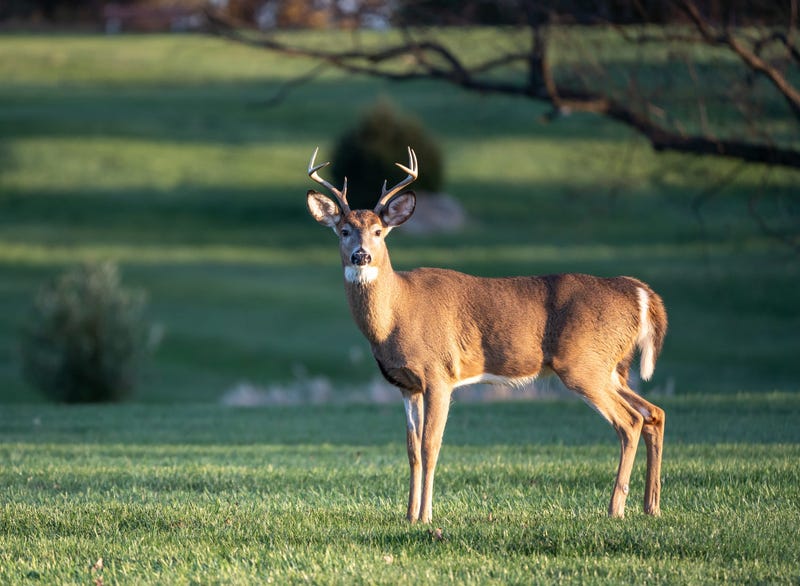 Travis Lau, PA Game Commission Communications Director, told Larry Richert and Kevin Battle that there are some changes to hunting in Pennsylvania this coming license year.

One of those changes includes Sunday hunting for big game for the first time in the Commonwealth.

Lau said the Sunday hunting opportunities are for big game only and only on these three Sundays: November 15 for archery deer hunting, November 22 for bear hunting and November 29 for firearms deer hunting. The Game Commission made the changes in April.

Kevin jokingly asked Lau if the deer were notified that Sunday is no longer a day of rest. Without missing a beat, Lau said he's doing his best to them all know.

"We've long had Sunday hunting for foxes, coyotes and crows; more recently ferrel hogs, which is not native wildlife in Pennsylvania, but hunting is permitted by executive order. So we've had these opportunities, but there's a big difference in interest and participation when you're talking about Sunday coyote hunting versus Sunday deer hunting."

The addition of Sunday hunting will have an added benefit for many hunters this fall. "This will be the second year that we've had the firearms deer season open on a Saturday in stead of that traditional start on the Monday after Thanksgiving," said Lau. "The benefit this year is that with that addition of the Sunday hunting day, we have an opening weekend instead of an opening day."

He said with an opening weekend start, there's a real chance for more participation because most people aren't working and students aren't in school.

Another change Lau made note of was the extension of archery deer season by almost a week, which now runs up to the start of firearms bear season, allowing bow hunters to hunt later into the rut.