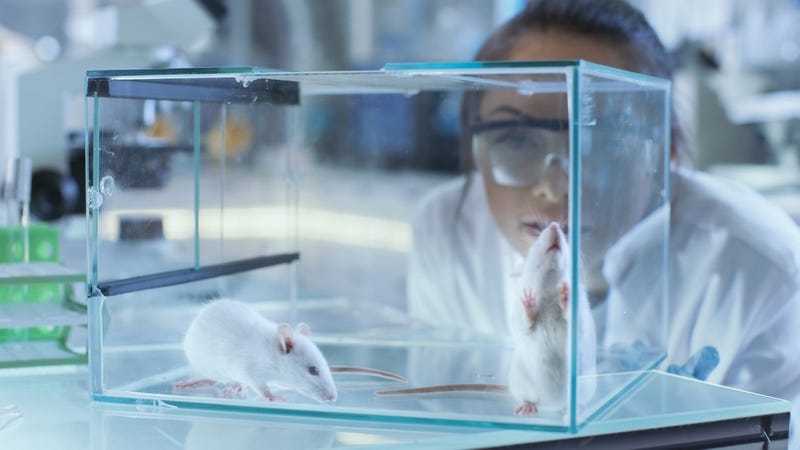 PITTSBURGH (Newsradio 1020 KDKA) - PETA has sent letters to two local universities are asking why they are conducting “noncritical animal experiments.”

The animal rights group sent a letter to both Carnegie Mellon and the University of Pittsburgh after learning that hundreds of animals that are experimented on could be killed.

In a release, PETA claims that both Pitt and CMU are  preparing experimenters to "ramp down" research and telling them to consider "decreasing animal census numbers" and "depopulating" their "animal colon[ies]," which will likely lead to the killing of at least hundreds of animals.”

They claim one experimenter at CMU said that 600 mice were “culled” and Pitt has “reduced the [mouse] colonies by about 80 cages, which might each have a handful of mice, and still expects to make further reductions of the 300–400 cages she typically oversees."

PETA says they want to know why “billions of taxpayer dollars are being used on experiments that can easily be ended, not considered ‘critical’ to research.”

"Carnegie Mellon University's use of intelligent animals in experiments as though they were nothing more than disposable laboratory equipment is shameful," says Gala. "The COVID-19 pandemic should be a moral and scientific reckoning for the school, which conducts deadly experiments on animals. If it can't prove that the animals used in its experiments are needed—which we know it can't—it shouldn't be wasting taxpayer money on them."

In the Pitt letter, Gala said,

"The University of Pittsburgh does a sloppy, substandard job of ensuring animals' welfare in fully staffed laboratories, so nothing good can be expected amid a pandemic," says PETA Vice President Shalin Gala. "The COVID-19 outbreak should be a moral and scientific reckoning for the school, which conducts deadly experiments on animals. If it can't prove that these experiments are needed—which we know it can't—it shouldn't be wasting taxpayer money on them."

PETA says “This is a problem of the experimentation industry’s own making, as nearly $18 billion of taxpayer dollars of the NIH’s budget each year is used to buy more animals for experiments.”