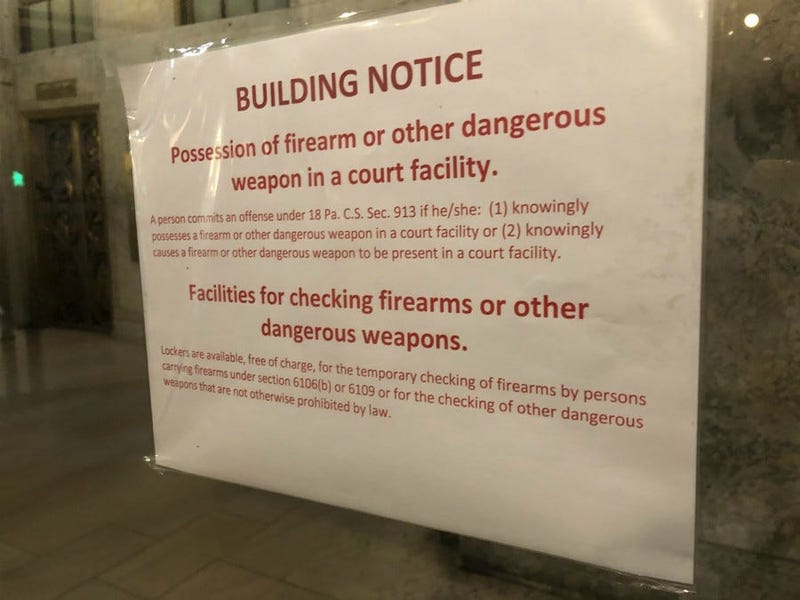 PITTSBURGH (Newsradio 1020 KDKA) – The city of Pittsburgh has responded to a threat of legal action over signs posted outside the City-County Building warning that weapons are not allowed inside. New signs posted by the city now tell gun owners that secure lockers are available for free inside the building for visitors with weapons.

The issue came to a head this week as several hundred gun rights activists plan a rally Monday afternoon outside city hall to protest legislation that would ban assault-style weapons and similar ammunition.

“Only the state regulates firearms and firearm laws, not Mayor Peduto or city council,” says rally organizer Justin Dillon of Erie. Dillon is with Open Carry Pennsylvania. “This is not one particular group. It’s all gun owners uniting.”

Mayor Bill Peduto says the free speech rights of gun owners will be protected. “I disagree with what they’re protesting, but their right to protest is what makes this country strong,” said Peduto.

Organizers expect about 500 demonstrators. Peduto says there will be a large police presence to ensure safety.