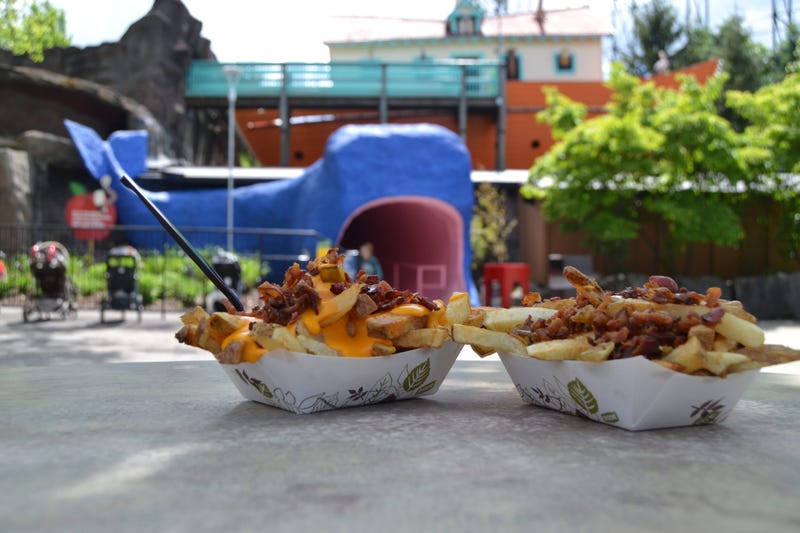 PITTSBURGH (Newsradio 1020 KDKA) - Kennywood’s Nick Paradise jokingly said that when he is asked what the favorite ride is at the park is, his usual response is “The Potato Patch”.

“You might not want to ride roller coasters, you might not be able to do spinning rides but we’re usually all united by fresh-cut fries,” Paradise told KDKA Radio’s John Shumway.

So it’s no surprise that when Kennywood changed their famous cheese sauce at the Patch, there was a strong fan backlash. So strong that Paradise says they are going back to the original sauce.

Paradise says the original decision to change the cheese was made before the start of the season to “streamline” what type of cheese was used across Kennywood, Idlewild and Sandcastle (all owned by the same company).

“It was a different cheese that passed this year and we’ve been open for three weekends now and we’ve gotten the feedback that people weren’t enjoying it,” said Paradise.

While the cheese won’t be back Wednesday for the first School Day of the year, they will have it at the Patch as soon as they can get it in.

“Our food and beverage guy has been in contact with his suppliers already . . . as soon as we can get it delivered it will be back there at the Potato Patch ready to go and slide in between the French fries and bacon like always.”