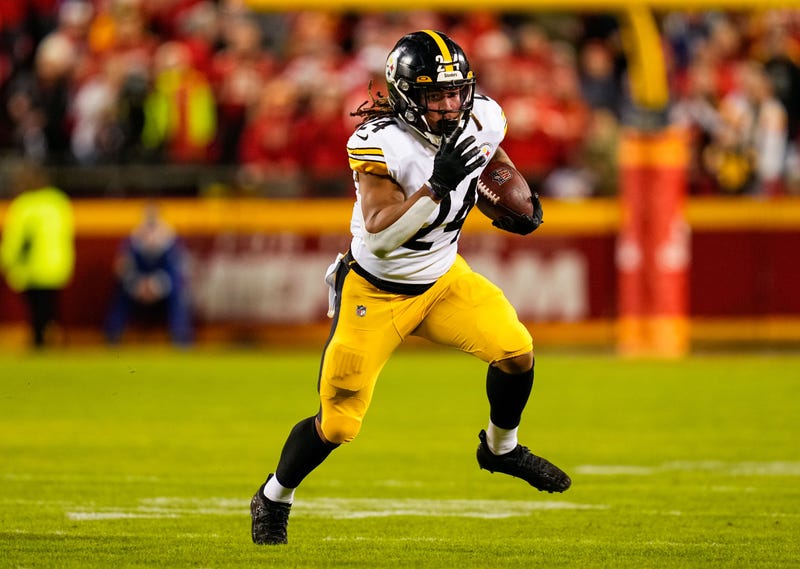 PITTSBURGH (100.1 FM and AM 1020 KDKA) Steeler Leep grew up with his name because his father Rusty was a huge Pittsburgh Steelers fan. But Steeler's world got turned upside down when his father lost his lengthy battle to cancer last week.

"He beat it four times. I used to tell him he swept the best-of-seven series," Steeler commented.

When Rusty Leep died, Steeler's teammate and friend Aiden Porter put out a post on social media asking for people to help the Leep family. He was hoping someone would help by figuring out how to get them tickets for the Steelers playoff game at Kansas City this weekend against the Chiefs on Sunday night.

Someone did. That someone is Pittsburgh Steelers running back Benny Snell.

It turns out the post Porter created blew up. Thousands saw it, like, shared, and commented. A few days later, Porter got a private message from Snell saying he wanted to do something for the family -- and he gave them three tickets to the Sunday Night playoff game.

The Leeps' tiny hometown of Proctorville, Ohio jumped in to help. The Buddy Basketball league in town paid for three round trip plane tickets from Columbus to Kansas City. Steeler, his mom and sister will be there Sunday and will no doubt be thinking about his father.

As for a prediction on the game, Steeler is confident in his dad's favorite team. "I expect it being a playoff game and all, it will be pretty low scoring. I think it comes down to a (Chris) Boswell field goal, and the Steelers win 24-21."

That would certainly make his dad Rusty very happy.