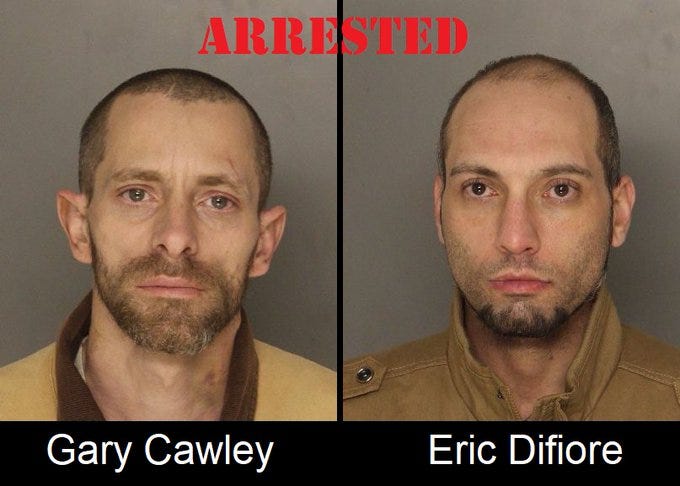 Bethel Park Police announced the arrest of two suspects in connection to retail thefts in the area, Thursday.

43-year-old Gary Cawley and 35-year-old Eric Difiore were identified and found in possession of freshly stolen merchandise from two local stores in Bethel Park. They are charged with retail theft, criminal conspiracy and receiving stolen property.

Bethel Park Police officials initiated a traffic stop of a vehicle in connection to the retail thefts on Tuesday.