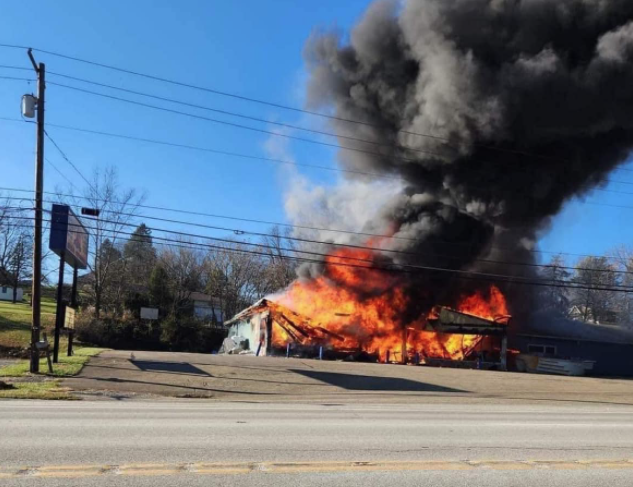 People living within a half-mile radius of the Country Pools & Spas store in Harrison Township had to evacuate after a large fire on Tuesday afternoon.

Flames and heavy smoke could be seen pouring from the store on Freeport Road, one employee was in the business at the time of the fire, he was able to get out safely.

Firefighters from four different counties helped to battle the fire.

Allegheny County HAZMAT and the department of environmental protection were also called to the scene.

Those who had been evacuated were able to return to their homes around 7 p.m. with Allegheny County officials saying there may be lingering odors near the area of the fire.

No one was injured, but the store is a total loss.

The site will continue to be monitored.